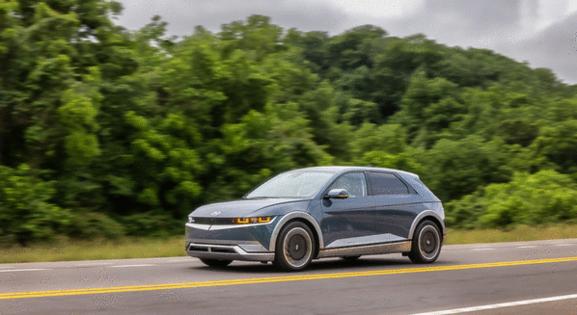 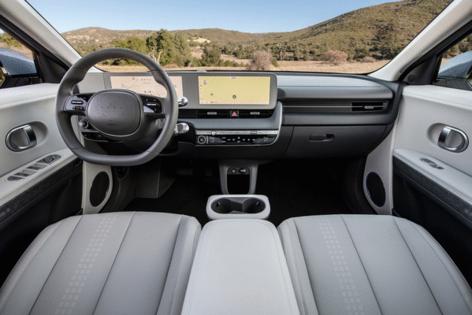 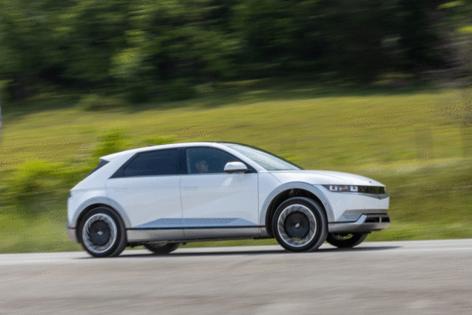 It was 1974 when the econobox reached American shores in the form of the Volkswagen Golf, sold then as the Volkswagen Rabbit. It ushered in any number of competitors with a similar Bauhaus-like design efficiency that flew in the face of Detroit’s fixation on baroque brougham designs. Americans did embrace efficient, sensibly sized hatchbacks but subsequently spurned them for oversized, inefficient ones — namely SUVs.

So the appearance of the 2022 Hyundai Ioniq 5 is a welcome change from the affectation that we’re all about to take to the Rubicon Trail when in fact we are actually trooping to Walmart.

The 2022 Hyundai Ioniq 5 is a digitally drawn econobox reimagined for the road ahead, a battery electric buggy that’s at once fresh and familiar. It’s peppered with exquisite detailing, such as the strakes that cascade from around the wheel arches, the artfully slim headlamps and subtle interplay of geometric side sculpting. It’s all contained on a crisp, boxy form that offsets such flights of fancy with a functional sensibility.

And despite its familiarity, the Ioniq 5’s shape hides outlandish proportions. Its wheelbase is longer than the three-row Hyundai Palisade SUV, yet its overall length is nearly two inches shorter than a Hyundai Elantra, and is nearly as tall as a Hyundai Santa Fe. Part of that is due to the massive battery pack that’s placed down low between the axles, providing for a skateboard-like platform common to electric vehicles. This not only affords a totally flat floor inside the Ioniq 5, but it also provides for an uncommon amount of head room and leg room. With no engine up front hogging a mess of space, there’s more room for passengers and paraphernalia. The driving position is comfortably upright, and both rows of seats recline. And should you look up, you’ll find a massive fixed sunroof. The top-of-the-line test vehicle was filled with indulgences such as faux leather and a heated steering wheel.

The instrument panel’s design is relentlessly horizontal, accentuated by two 12-inch screens, the left one for the digital instrument cluster, and the right being an infotainment touchscreen. Apple CarPlay, Android Auto, voice recognition, a navigation system and USB plugs come standard. A useful head-up display proved helpful for keeping focused on the road ahead and warning of vehicles coming up alongside the vehicle. The audio system is too good for the horrible sound quality broadcast by SiriusXM satellite radio.

Below the infotainment screen are some quick access buttons, with a touch-sensitive climate control screen below that. It’s all very easy to use. Assembly quality is excellent.

Best of all, it can be recharged from 10% to 80% in 18 minutes using a DC fast charger. And, Ioniq 5 buyers receive unlimited 30-minute charging sessions for two years on Electrify America public chargers. Despite the all-wheel-drive test car being rated by the EPA with 256 miles of range, it actually had 280 miles of range when fully charged.

The Hyundai Ioniq 5 shows itself to be a confident performer with negligible body roll while cornering thanks to its wide stance and a ton of mass placed down low. Its steering is swift and precise for navigating obstacles. In Sport driving mode, its rear-wheel bias makes it a kick to drive. There’s even a scintilla of road feel that comes through — more than expected.

Companies with 15 or more employees in California will be required to list salary ranges for all job postings under a law signed by Gov. Gavin Newsom this week.