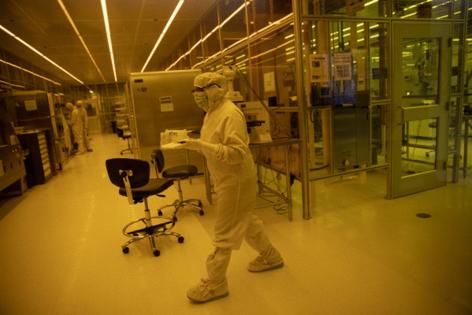 Researchers have created one of the world’s largest networks for sharing quantum information — a field of science that depends on paradoxes so strange that Albert Einstein didn’t believe them.

The network, which connects the University of Chicago with Argonne National Laboratory in Lemont, is a rudimentary version of what scientists hope someday to become the internet of the future. For now, it’s opened up to businesses and researchers to test fundamentals of quantum information sharing.

With a $500 million federal investment in recent years and $200 million from the state, Chicago, Urbana-Champaign, and Madison form a leading region for quantum information research.

Why does this matter to the average person? Because quantum information has the potential to help crack currently unsolvable problems, both threaten and protect private information, and lead to breakthroughs in agriculture, medicine and climate change.

While classical computing uses bits of information containing either a 1 or zero, quantum bits, or qubits, are like a coin flipped in the air — they contain both a 1 and zero, to be determined once it’s observed.

That quality of being in two or more states at once, called superposition, is one of the many paradoxes of quantum mechanics — how particles behave at the atomic and subatomic level. It’s also a potentially crucial advantage, because it can handle exponentially more complex problems.

Another key aspect is the property of entanglement, in which qubits separated by great distances can still be correlated, so a measurement in one place reveals a measurement far away.

The newly expanded Chicago network, created in collaboration with Toshiba, distributes particles of light, called photons. Trying to intercept the photons destroys them and the information they contain — making it far more difficult to hack.