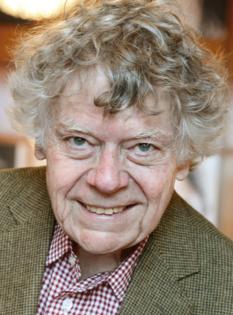 For all that we may be getting fed up with the hijinks of billionaires trying to use their fortunes to get their way in business and government, the lifestyles of the rich and famous still have the power to fascinate and shock.

Consider a lawsuit filed last month in Brooklyn Federal Court by Marlena Sonn, who describes herself as an investment advisor to two of the three daughters of Gordon P. Getty, the heir to the late oil tycoon J. Paul Getty.

Sonn asserts that she helped the Getty offspring reposition their investment portfolios to stress "socially responsible" ventures, in part to help them make "reparations ... for the fact that the origin of their tremendous wealth was inextricably intertwined" with climate change and the despoliation of the Amazon Basin.

Her advice, she says, produced great financial success for the clients' trusts, raising the value of a key trust to more than $1 billion from $600 million in the space of a few years.

But it all came apart, she says, when she started questioning the trusts' practice of portraying them and their beneficiaries as domiciled in Nevada, even though they spent most of their time in California or New York.

The goal, Sonn alleges, was to evade at least $300 million in California taxes from 2013 through 2021, the period during which she worked for two of the three sisters. That's Sonn's estimate of the taxes that may be owed by the one Getty trust in which the sisters have an interest, which is known as the Pleiades Trust. But there are other Getty trusts; if they all follow the practice that Sonn alleges about Pleiades, the amount at issue could be in the billions.

Sonn says her recommendation that they swallow their medicine and get right with California law led to her being fired in retaliation and cheated out of more than $4 million in pay she had been promised.

Sonn filed her lawsuit on May 11, naming Kendalle and Alexandra Getty, their personal investment funds and Robert L. Leberman, who administers several of the Getty family trusts and manages assets for Gordon Getty.

A few words of caution. Most of the defendants haven't yet responded to the lawsuit, so we don't know how they would describe their relationship with Sonn. The defendants' lawyers either declined or didn't respond to my requests for comment.

Kendalle Getty, however, did sue Sonn in Reno state court about two weeks after Sonn filed her case. In her lawsuit, which has been transferred to federal court in Nevada, Getty alleges that Sonn "coerced" and "pressured" her into guaranteeing Sonn a $2.5-million payout when Getty fired her.