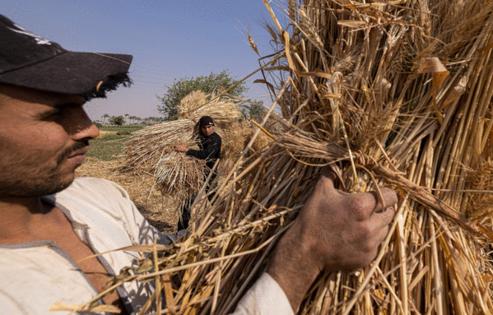 A new report from a leading political consultancy says increasing sanctions against wheat-rich Russia for its unprovoked invasion of Ukraine could trigger a "hunger hurricane" in North Africa, the Middle East and other famine-affected regions of the world.

The report raises difficult questions about war, sanctions and the consequences — intended or not — for global human welfare. Academics and think-tank researchers diverge on how to solve the emerging war-famine conundrum.

But rather than punishing Russia with protectionist trade restrictions, this new report concludes, the U.S. and other leading nations should increase global agricultural trading to prevent destabilizing levels of food insecurity. Such food insecurity could likely morph into mass migration and resource-driven social unrest.

"Nearly three months into the war, there seems to be little doubt as to whether there will be a global food crisis," says the report.

The white paper from the Eurasia Group, a New York City-based political risk consultancy, and Twin Cities-based DevryBV Sustainable Strategies, was made public on Monday and funded by Bayer, a German maker of pharmaceuticals and agriculture products.

Peter Ceretti, an analyst with Eurasia, calls such embargoes "draconian" and argues instead to keep food trade open, noting countries such as Yemen and Syria receive nearly half of Ukraine's annual wheat exports. In Somalia, another nation dependent on wheat from Europe's breadbasket, the report notes that 40% of the East African nation's population has severe food insecurity, double the rate from January.

"As someone who has experienced displacement and hunger firsthand," Omar said in a statement to the Star Tribune, "I have been deeply concerned about the global hunger as a result of the Russian invasion and have been particularly concerned about making sure sanctions do not inadvertently contribute to this crisis."