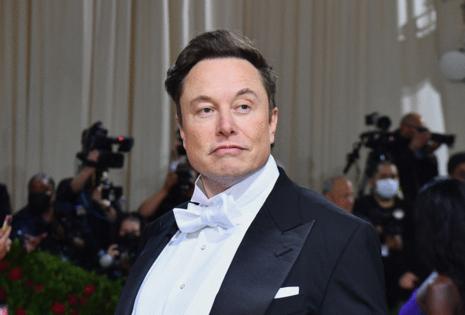 In his takeover adventure with Twitter, it seems more likely than not that Elon Musk has broken the law.

In some respects, his lawbreaking is easily documented. According to Musk's own disclosure, his purchases of Twitter shares brought him to 5% ownership of the company stock on March 14.

Securities law requires that any such holding be divulged publicly and to the Securities and Exchange Commission within 10 days, or in this case by March 24; Musk didn't make the disclosure until April 4, which was 11 days late.

In financial terms, the consequences weren't trivial: By our calculations, the delay might have saved Musk more than $170 million in his Twitter purchases. To put it another way, he may have rooked the Twitter stockholders whose shares he bought out of $170 million.

This wouldn't be the first time Musk has run roughshod over laws or regulations. In the past, he has flouted not only securities rules but other public regulations as well, such as public health rules concerning the pandemic and rules regarding the safe operation of self-driving technologies on public roads.

Up to now, the general public reaction to this behavior has been limited to a bemused shaking of the head and the thought: "How does he get away with it?" But that's the wrong framing of the issue. The right framing is: "Why do the authorities let him get away with it?"

Time and time again, Musk has gotten his way with regulators and municipal officials through bluster and intimidation. He's often backed by fans who make their support known en masse via social media, creating the impression that the voting public generally wants Musk to be left alone.

Authorities seldom use their maximum enforcement powers against Musk. In a case involving a plainly misleading 2018 tweet about his intention to take his Tesla electric vehicle company private at a premium price, the SEC penalized Musk and Tesla $20 million each.

In the context of his personal wealth, which is estimated at about $219 billion based on the value of his Tesla stock, that's a wrist-slap. The SEC, if it wishes, could move to hit him with a lifetime ban from association with a publicly traded company.

That would be exceptionally harsh — the agency didn't impose the so-called bad boy penalty in cases involving banks complicit in the 2008 financial crash, and it is seldom even contemplated except when an executive is convicted of a felony. But it's on the books. In any event, the SEC's ability to impose much more stringent penalties on Musk than it has thus far is clear.