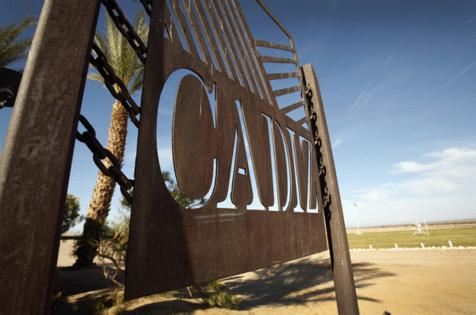 Desperation over water scarcity has produced any number of schemes to relieve the crisis. But few are as chuckle-headed as a plan to pump groundwater from beneath the Mojave Desert and transport it 200 miles to urban Southern California.

This is the Cadiz water project, which has been percolating along since the turn of the century.

I've been following this scheme almost since its inception, starting with an investigative article in 2002 that made the case for the Metropolitan Water District to bail on a proposed partnership with its promoter, Cadiz Inc. The MWD did so, which should have killed the plan.

But it has continued to stalk water policy ever since. Now, finally, the Biden administration may have driven a stake through its heart for good.

On Friday, officials at Biden's Interior Department petitioned a federal judge to throw out project approvals issued in 2020 by the same agency under President Trump; a hearing on the petition is set for March. More on that in a moment.

Even if Cadiz is killed, the problem of ill-conceived solutions to water scarcity won't go away. The best illustration of how desperation affects water policy is the More Water Now ballot initiative, which I described a few days ago as a dangerously ill-conceived measure. The proposal's backers are now collecting signatures to place it on the November 2022 ballot.

The Cadiz plan is, if possible, even worse. The proposal has remained alive up to now not because it has any practical value. It doesn't.

As I wrote in 2009, the plan always "had a sort of shimmering authenticity, like a desert mirage." But it didn't bear close inspection.

As proposed by Cadiz Inc., the idea was to store surplus Colorado River water under a desert tract owned by the company, pump it out during dry spells and transport it by pipeline or canal to Southern California urban users.

Among the problems is that there isn't any surplus water in the Colorado. The basin is in a long-term drought, and for the foreseeable future California will be lucky to get its full statutory apportionment of river water. A single extra drop? Forget it.