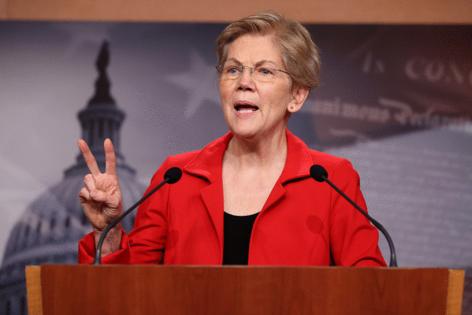 Some of the largest U.S. corporations are looking for new exemptions from the budget reconciliation bill’s minimum tax on income reported to shareholders, arguing it could depress economic activity, including financing pensions for millions of workers and investing in clean energy projects.

Since it became clear in late October that the 15 percent minimum tax could make its way into the bill after what seemed to be a quixotic attempt by progressive lawmakers and the Biden administration, groups representing businesses and tax professionals have hurried to lobby for tweaks.

Proponents of the tax are standing by its current structure and carve outs, which would allow businesses to continue to benefit from incentives like tax credits for research and development and low-income housing and clean energy investments. But pension plan contributions and “phantom income” associated with pension assets that shows up in annual 10-K filings couldn’t be deducted, nor could the cost of depreciating solar, wind, geothermal and other renewable energy properties.

With the likelihood the $2.2 trillion filibuster-proof package will see edits in the Senate, and a year before the tax would take effect starting on Jan. 1, 2023, pressure is likely to continue.

With differences in what the tax code and book tax would offer breaks for, “it’s hard to be strategic in your thought process about these types of things and where you should invest and where you shouldn’t invest, and what’s a preference and what’s not a preference,” said Edward Karl, vice president of taxation for the American Institute of CPAs, which opposes the tax. “So that just highlights the challenge of having an [alternative minimum tax].”

The Joint Committee on Taxation estimates the minimum tax would generate $318.9 billion over a decade, making it the largest single revenue raiser included to help pay for the expansive spending package. It would only apply to corporations reporting income of more than $1 billion on annual financial reports to shareholders. If those companies owe a tax rate of less than 15 percent, the alternative minimum tax would kick in.

As written, it offers some exemptions to ease the sting. General business credits, like those for R&D, housing and renewable energy, can offset up to about three-quarters of the total tax owed, including the extra minimum tax, and companies would get some credit for foreign taxes they pay. Net operating losses starting with the 2020 tax year, when COVID-19 ravaged the economy, can be carried forward to offset taxable income to some extent.

Still, some business groups say Democrats should provide more exemptions or risk undermining some of their other goals.

The American Benefits Council, a trade group representing some of the largest U.S. companies, such as Apple and Exxon Mobil, is calling for Democrats to allow exemptions from the tax related to defined benefit pension plans.

A new study by the real-estate firm Zillow found that nearly 20% of Black mortgage applications nationwide were denied in 2020, nearly twice the rate of white applications.