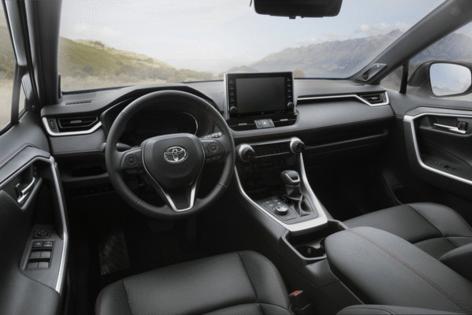 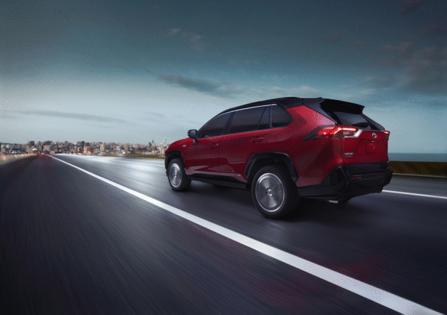 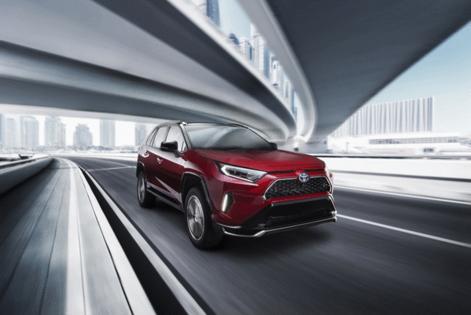 It's the giddy-up: This thing sprints to 60 mph in just 5.5 seconds. That ranks second in the Toyota lineup only to the Supra, which races to 60 mph in 4 seconds flat. The Prime, for the record, is not a Supra. In fact, it's not even particularly agile, partly due to a softer suspension and 4,372-pound heft.

The RAV4 Prime is about shrinking carbon footprints and doing it in style. It starts with a true 42-mile range on electric alone, easily enough to handle errands and short commutes. And for those who worry about where the next charge is coming from, the Prime's gas engine is ready to kick in to complete the trip.

The Prime, like the RAV4 hybrid, has a 2.5-liter inline 4-cylinder engine that's capable of 177 horsepower and 165 pound-feet of torque. But this compact crossover also is mated to two electric motors and a CVT (continuously variable transmission) up front, and another motor at the rear axle for extra kick. The battery pack, stored under the rear seats, is far bigger than the regular hybrid's (18-kWh vs. 1.6-kWh), enabling the 42-mile range.

When everything works together, the Prime has a total output of 302 hp, compared to 219 hp in the regular hybrid. On the road, that translates to an amazing 5.5-second run to 60 mph and the quarter-mile in 14.1 seconds.

But few will call the Prime athletic. The softer-tuned suspension means some body roll on corners and curvy roads. The standard all-wheel-drive does improve grip and maintains ride comfort when the road gets bumpy. It's tow-rated at 2,500 pounds, more than enough to pull a Jet-Ski or motorcycle.

Two drive modes (EV/HV) allow driving under electric power only or with the gas engine adding an assist. Additional modes — Sport, Trail and Eco — allow tuning tweaks for more fun or to save a few bucks.

So what's the net benefit? The EPA estimates 94 combined mpg-e, the calculation of mileage from a full electric charge plus gas operation. Gas-only travel still gets 40 mpg city, 36 highway and 38 combined.

The Prime gets all the exterior upgrades of the fifth-generation RAV4, including its boxier and more aggressive look. The Prime sports 19-inch wheels, flashing LED running lamps that encircle the headlights, and dual exhausts at the rear. Two-tone schemes are striking: Six colors from Supersonic Red to Blizzard Pearl match with a Gloss-Black or Midnight Black roof.

Square Inc. is changing its corporate name to Block Inc., signaling a push beyond the company’s main sales and payments products into businesses like music, cash transfers and the blockchain.