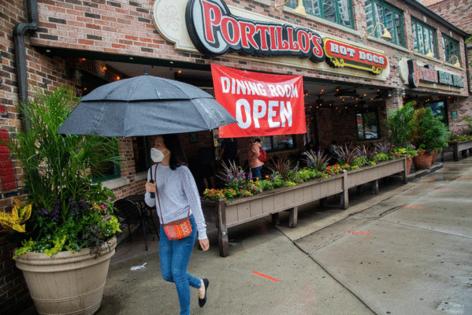 Portillo’s, the fast casual chain known for hot dogs, Italian beef sandwiches and cake shakes, aims to raise up to $405.4 million with its initial public offering.

The Oak Brook, Illinois-based company plans to sell 20.27 million shares at $17 to $20 per share, according to a filing with the U.S. Securities and Exchange Commission.

Portillo’s also said it expects sales at restaurants open at least two years to be up about 6.8% during the three months that ended Sept. 26 compared with the same period last year, according to the filing. Though there was a “slight decline” in traffic, the average customer spent more per visit, the company said.

The restaurant chain, which announced plans to go public earlier this summer, believes it could eventually grow from 67 restaurants to more than 600 over the next 25 years, and is “well-positioned for global growth in the future,” according to a regulatory filing last month.

The company has 67 restaurants across nine states, up from 40 locations in 2015, one year after Portillo’s was sold to private equity firm Berkshire Partners.

Portillo’s said it plans to increase its number of restaurants by about 10% a year.