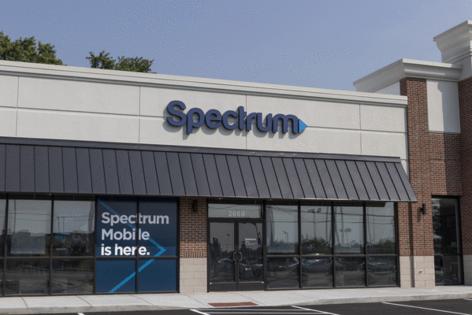 "It's been years since I've even been a subscriber," he told me.

Nevertheless, the Altadena, California, resident received a strange letter from Spectrum saying that, "as a one-time courtesy," the company will cancel debt it claims he owes and stop reporting him as a deadbeat to credit agencies — if he agrees to resume cable service.

"A well-established credit history will more likely allow you to qualify for lower mortgage rates, better chances for obtaining credit cards and approvals for home rentals," the letter says, suggesting that Schklair's finances could be in serious trouble unless he returns to the Spectrum fold.

"You have worked hard to build a great future for yourself and your family," it says. "We look forward to welcoming you back."

Maybe it's just me, but that has a Sopranos-like ring of "You've made a nice life for yourself. Be a shame if something happened to it."

A Spectrum spokesperson confirmed the letter's authenticity and called it "an opportunity to reconnect" with the cable company. Spectrum partners with the Los Angeles Times on a nightly TV show.

All subscription-based businesses work hard to retain and renew customer relationships. It's common for such businesses to entice former subscribers to return with discounts and sweetheart deals.

I've never before seen a pitch that so blatantly threatens harm unless you come around.

The Spectrum letter tells Schklair that, despite his alleged fiscal irresponsibility, resuming cable service will allow him "to come back in good standing as a new customer."

General Motors has reached an agreement with its battery-maker supplier over the heavy costs to recall nearly 140,000 Chevrolet Bolt EVs and EUVs globally.

On Tuesday, GM said LG Electronics Inc., which is a division of ...Read More

Heather Norton had long wanted to travel the country, but her schedule — and salary — wouldn't permit it.

So last month, Norton took the plunge, leaving her positions at a Raleigh, North Carolina, hospital and as a ...Read More