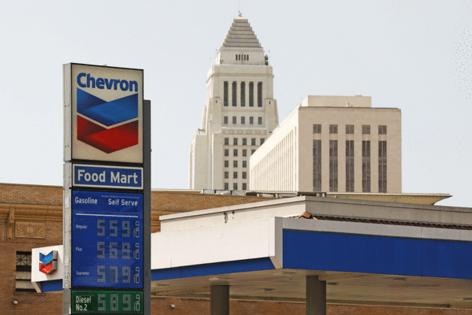 Stories involving bullies receiving their comeuppance offer such visceral pleasures that they've become deeply ingrained in our culture, from Angelo in Shakespeare's "Measure for Measure" to the lascivious Count in Mozart's "Marriage of Figaro" right up to the deplorable Biff in the movie "Back to the Future."

Here's a story from real life.

In this case, the bully is the California Independent Petroleum Association, which lobbies for oil drilling firms around the state.

CIPA spent five years suing environmentalists and the city of Los Angeles to block efforts to tighten regulations for drilling in populated areas, especially minority communities, which CIPA's members knew would cost them a lot of money. That's the bullying part.

The legal battle ended in defeat for CIPA and a court ordering the organization to pay its targets' legal bills. Those came to $2.3 million, according to an order issued by Los Angeles County Superior Court Judge Malcolm Mackey on July 6.

Most of the money was awarded to the city of L.A., which is owed about $1.03 million, and the Center for Biological Diversity, one of the environmental groups CIPA targeted, which is owed more than $1.2 million.

CIPA, asserting that it doesn't have the money to pay the bills or post the bond that would be required before it could appeal the order, has now filed for bankruptcy. That's the comeuppance part.

You can chalk up this harvest to California's potent anti-SLAPP law. The acronym stands for "Strategic Lawsuits Against Public Participation." It refers to litigation brought by powerful interests — the oil and gas industry, for example — not to settle commercial disagreements or seek redress for an injury, but to intimidate critics exercising their rights of free speech or petitioning government for regulatory action.

By the way, CIPA didn't succeed in getting the regulations loosened or removed.

"Big Oil for a long time has wanted to make sure there was no public participation" in the permitting process for oil drilling, says Ashley Hernandez of Youth for Environmental Justice, another of the groups sued by CIPA. "We can see harassment a mile away, and that's what this lawsuit was. It's no surprise that after we succeeded in the courts, the petroleum association is trying to sneak out on their obligation."