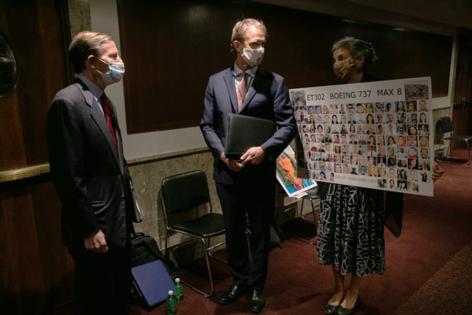 Bringing Forkner to trial could shed more light on why the flaws in the MAX flight controls that killed 346 people in two crashes were overlooked during certification.

In a Deferred Prosecution Agreement with the government in January that slapped Boeing with a relatively low fine of $244 million, the company acknowledged fraud and criminal misconduct during certification of the MAX.

The agreement called out Forkner and his deputy as being involved, though it exonerated Boeing’s senior management by specifically stating that they had not facilitated the misconduct.

However, Forkner’s defense is likely to try to deflect blame from him to those higher up in the executive leadership of the MAX program.

Internal emails show Forkner felt intense pressure to comply with a “program directive” to keep down costs and protect the jet’s development schedule by ensuring that regulators and airlines perceived the MAX as so minimally changed from the previous 737 model that pilots would find little difference.

Forkner left Boeing to fly for Southwest Airlines in 2018, three months before the first MAX crash of Lion Air JT 610. He did not cooperate with the Department of Justice investigation into the jet’s certification and invoked the Fifth Amendment to avoid turning over documents when subpoenaed by federal prosecutors.

He left Southwest a year ago and could not be reached for comment. Forkner’s attorney did not return calls Friday. Boeing also declined to comment.

Forkner’s role on the MAX from the jet’s launch in 2011 through its certification in 2017 was to win approval from the Federal Aviation Administration and regulators around the world for the MAX’s technical manuals and pilot training on the new airplane.

After the two deadly accidents in Indonesia and Ethiopia, the Department of Justice convened a grand jury to investigate allegations that Forkner had misled regulators by deliberately withholding information about the new flight control software — known as the Maneuvering Characteristics Augmentation System, or MCAS — that had led to the crashes.