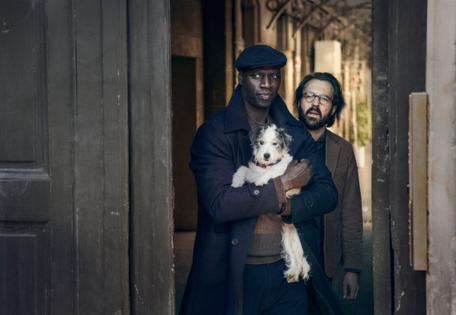 Netflix's subscriber growth slowed dramatically in the second quarter as the surge in streaming subscriptions from the COVID-19 pandemic petered out, competition increased and the company considered novel ways to grow its business.

The Los Gatos-based streaming giant added a mere 1.5 million new paid members globally in the second quarter, which is down 85% from the same period a year ago, when it reported 10.1 million subscriber additions.

The firm also added 61% fewer subscribers than it did in the first quarter, when the company missed projections with 3.98 million new accounts. In the U.S. and Canada, Netflix lost about 430,000 paid memberships in the second quarter.

Although down significantly, the results were better than the 1.15 million subscribers Wall Street analysts had expected, according to FactSet.

Pandemic restrictions drove millions of people to sign up for Netflix subscriptions to binge-watch their way through the public health crisis, resulting in record numbers for the company.

But with in-person entertainment options open once again, analysts anticipate people will spend less time with Netflix than earlier in the pandemic. Restrictions also delayed the production of movies and TV shows that typically fuel Netflix's growth.

Meanwhile, competition in the so-called streaming wars has heated up with the growth of streaming platforms including Disney+ and WarnerMedia's HBO, which are trying to attract users and filmmaking talent. Netflix downplayed the effect of rivalries, citing Nielsen research saying that streaming represents just 27% of U.S. TV screen time, giving the company plenty of room to grow.

However, analysts said the competition has put some pressure on Netflix as it tries to defend its position as the biggest streaming company, now with more than 209 million paid members.

"Competition in the U.S. seems to finally have arrived in meaningful form given the backdrop of so many new streaming apps and the Discovery and Warner Media merger, as Netflix has actually lost subscribers in the US and Canada region for the first time in many quarters," said Joe McCormack, senior analyst at investment research firm Third Bridge in New York, in an email.

Netflix forecast the third quarter would bring in 3.5 million subscribers. Shares declined slightly in after hours trading, after closing Tuesday at $531.05 per share.

Chicago-based upscale convenience store startup Foxtrot is doubling down on its expansion with plans to open 50 new stores within the next two years.

The company, which has nine Chicago stores and two each in Dallas and ...Read More