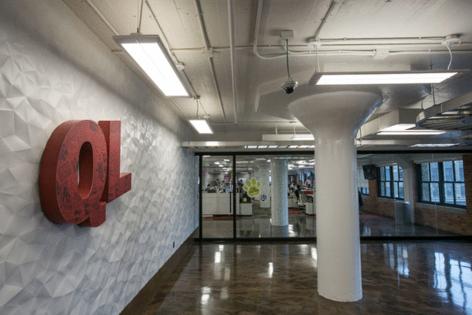 The change is set to take place July 31. It will harmonize the title of the country's largest mortgage lender with its technology that allows homeowners and buyers to close loans completely online. It also follows the adoption of the Rocket name by other subsidiaries of Rocket Companies Inc., which went public in August, and its sponsorships. Rocket has now eclipsed Quicken in affinity, according to the company.

“Rocket Mortgage has grown to be the industry leader and the measuring stick for all other lenders," Rocket CEO Jay Farner said in a statement. "With this official name change, we will have a consistent brand that is synonymous with innovation and excellence.”

The only difference for customers will be labeling on communications, the company said. QuickenLoans.com will remain operational after the legal name change, directing to Rocket Mortgage and supporting the company's other objectives.

The company previously had changed the names of events and buildings it sponsors, including renaming Quicken Loans Arena, home to Rocket chairman Dan Gilbert's Cleveland Cavaliers, to Rocket Mortgage FieldHouse in 2019. The company also named M-1 Rails' QLine railway along Woodward Avenue in Detroit. No decision on a name change has been made for that, Rocket spokesman John Perich said.

Gilbert founded what will become Rocket Mortgage as Rock Financial in 1985. At that time, it was a regional branch-based mortgage broker in Metro Detroit. Rock Financial became Quicken Loans following its acquisition by TurboTax parent Intuit Inc. in 1999. Gilbert led a group of investors in repurchasing the company in 2002, and it continued on its way to digitizing fully the mortgage process. That happened in late 2015 when it launched Rocket Mortgage, and by the fourth-quarter of 2017, it had become the country's largest mortgage originator.