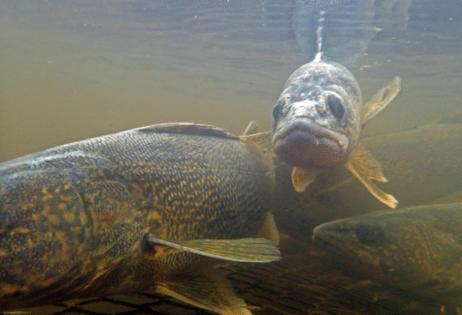 A Department of Natural Resources gathering Friday in Bloomington with key stakeholders and Sarah Strommen, the agency's commissioner, detailed an ambitious $118 million onetime request Gov. Tim Walz is seeking from the state's surplus to repair and replace aging boat accesses, fish hatcheries and other outdoor-recreation infrastructure.

The 400 attendees at the DNR Roundtable welcomed the news, though some noted similar proposals were made last year, with no money appropriated.

This legislative session, however, the DFL controls both the House and the Senate, and Minnesota's surplus has ballooned to more than $17 billion. So the ask from the state's general fund is expected to receive a warmer welcome than it did a year ago, when many Republicans were cool to the idea.

Multiple millions of additional dollars for outdoors projects and programs would be added to the $118 million if the governor's bonding proposal, due next week, is approved by the Legislature.

"Will the $118 million in addition to any money we get in bonding fix all of our problems?" Strommen asked rhetorically in an interview with the Star Tribune. "No, but the work will be transformational. It will make Minnesotans' outdoors experiences a little more modern, a little more vibrant.''

MN-FISH, a sportfishing advocacy group whose executive director is former DNR commissioner Mark Holsten, has pushed for an overhaul of the state's aging fish hatcheries and argued that many public water accesses are too cramped, lack docks and otherwise are out of step with modern boating uses.

Similar arguments have been made dating to the 1980s, when a commission appointed by Gov. Rudy Perpich found that while the state's economy benefits significantly from the hundreds of millions of dollars that hunters, anglers, campers, boaters and other outdoors users spend, the state too often fails to re-invest in the resources and infrastructure that support these activities.

Yet some Minnesota fish hatcheries are more than a half-century old and "held together by baling wire," said Garry Leaf, a MN-FISH board member.

"The DNR operates four cold water and 11 cool and warm-water fish hatcheries,'' Holsten said. "Most of them date to the 1950s."

The black bear population in Connecticut has gotten so large and aggressive, particularly in Litchfield and northwest Hartford counties, that one state legislator has proposed a bear-hunting lottery system.