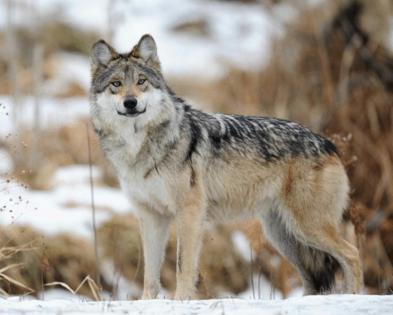 Despite two new wolf attacks on cows in Colorado’s North Park this spring, state officials can no longer track the pack of eight wolves, leading to speculation that some might have been killed or that a new litter has been born.

The wolves live on the outskirts of Walden, east of Steamboat Springs. The elder female wandered into the area from Wyoming in 2019 and a male joined her early last year. The pair mated and six pups followed.

Since then the pack has been feeding on local livestock and wildlife in the area. To date they’ve killed at least five cows and two dogs, sparking widespread concern in Jackson County, where ranchers have complained that they don’t have the necessary tools to fend off the predators.

But in recent weeks the three tracking collars fitted to wolves in the Walden pack stopped working, confirmed Colorado Parks and Wildlife spokesman Travis Duncan. Department officials saw seven of them in mid-June, though.

So far, the department “has not confirmed any deaths in the pack,” Duncan said. “We continue to monitor the animals, following on reports from the public and visiting areas where they have been in the past.”

At the moment, state officials aren’t sure where the wolves are or whether anything might have happened to one, or several, of them.

A February ruling from a California judge restored federal protections for the wolves, an endangered species. And anyone who harms or kills a wolf could not only face fines but also a prison sentence.

News about the out-of-commission tracking collars raised red flags for ranchers and environmental activists but for different reasons.

Michael Robinson, a wolf expert with the Center for Biological Diversity, said he’s concerned one, or several, of the wolves have been killed. Tracking collars do fail occasionally, he said, but it’s rare that three would go down in such a short time frame.

Don Gittleson, who has already lost several of his high-altitude angus cows to the wolves, said the disappearance could mean the pack has a new litter of pups and the group is laying low.

While you slept one night this week, more than 30 million migratory birds flew over Colorado, almost five times the number that were aloft the night before, at an average speed of 28 mph and an average altitude of 1,100 ...Read More

SEATTLE — More than a hundred goats have descended under the Interstate 5 Ship Canal Bridge, using four-hoof drive to clear vegetation from the right of way.

The voracious eaters, hard at work for the Seattle Department...Read More