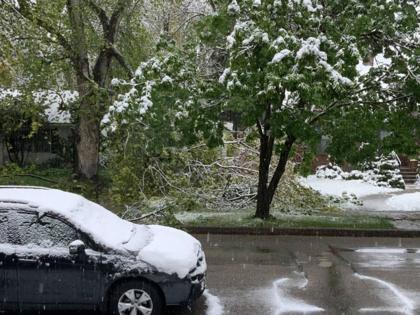 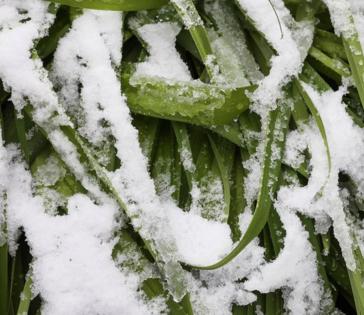 The National Weather Service’s Boise office recorded 0.4 inches of snow at its office near the Boise Airport by 9 a.m., but meteorologist Spencer Tangen said the NWS had received reports of up to 2 or 3 inches near the Foothills. Bogus Basin had an additional foot of snow Monday morning, the second significant snowfall the ski area has had since closing for the season in early April.

Tangen said the snow, which was expected to turn into a rain/snow mix in the afternoon and evening, is unusual this time of year.

“Getting any measurable snow in May in Boise is pretty rare,” he told the Idaho Statesman.

Tangen said since 1892, snowfall of greater than one-tenth of an inch has been recorded only eight times in May.

Officials cautioned people to slow down while driving, and some Boise residents have said on social media that the heavy snow has caused trees and branches to fall over. Idaho Power reported at least a dozen weather-related power outages across the Boise area, many of them affecting fewer than 100 customers. Several large outages across the North End and southeast Boise were affecting more than 2,000 customers as of 9 a.m.

By midafternoon, temperatures had reached the low 40s in Boise; some precipitation was still falling, mostly as sleet or rain. Temperatures are expected to climb the remainder of the week, though they still will be below normal. Tuesday’s high is expected to be about 55, and it will be in the low 60s on Wednesday and Thursday.

The average high temperature in Boise for May 9-15 is 69 to 71 degrees, according to usclimatedata.com.