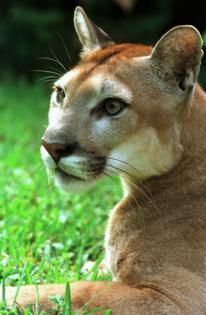 Phillips said mountain lions are definitely present in the Boise area, but they tend to keep to themselves.

“Mountain lions tend to be nocturnal and are pretty good at not being seen, and a basic rule of the thumb is where you have deer in southern Idaho chances are good you have mountain lions, too,” he said in an email. “We occasionally get reports of mountain lions in and around the Treasure Valley, but they tend to be more common in winter.”

Chris Samuelson, one of the Eagle residents whose doorbell camera recorded footage of the mountain lion, told KTVB that neighbors think the animal was looking for food or water. Some comments online questioned if this year’s drought pushed animals closer to city limits.

Phillips said the drought could have been a factor, but likely not the driving force behind the mountain lion’s appearance in Eagle.

“It’s true that wildlife go where there’s water, but there’s still water available outside of city limits, so I am not sure I would relate weather in this incident,” he said.

Instead, it’s possible that mountain lions have frequented the area in the past without widespread surveillance systems like doorbell cameras to capture their movements.

“The fact that both reports were from surveillance cameras, and not first-hand observations from people, leads us to believe this is more a case of improved technology over more cats in the area,” Phillips said.

Ryan Walrath, regional wildlife manager for the department’s Southwest Region, said Fish and Game “cannot say with confidence if the mountain lion being seen is the same mountain lion in all cases.” He urged residents in the area to remain vigilant.

Walrath also said the Aug. 21 sighting was the most recent one reported to the department.

Fish and Game officials said in the news release that they have no plans to haze or trap the mountain lion, but they do want to confirm that it has moved out of the populated area. They asked residents to report any sightings to the Southwest Regional Office at (208) 465-8465. Reports can also be made to the Ada County Sheriff’s Office after hours and on weekends.

If you spot a mountain lion, Fish and Game advises backing away slowly while maintaining eye contact with the animal. Running away or turning your back could prompt it to attack. The department also encourages residents to keep pets leashed and under supervision.

Lake Worth is officially at "infested" status.

The nearly 3,500-acre lake has been classified as infested with invasive zebra mussels, according to the Texas Parks and Wildlife Department. Zebra mussels were first found ...Read More

A conservation milestone has been reached: Lake trout are reproducing in Lake Erie, where the native fish were considered extinct.

In May, biologists from the New York Department of Environmental Conservation found baby ...Read More

If there are no dogs in heaven, then when I die, I want to go where they went." — Will Rogers

At Game Fair earlier this month, nearly 3,000 dogs attended. Some were big, others small, and most were at least ...Read More

To anyone who has ever held a scattergun in pursuit of a ring-necked pheasant, sharp-tailed grouse, prairie chicken or Hungarian partridge, South Dakota is the Helen of Troy of all states.