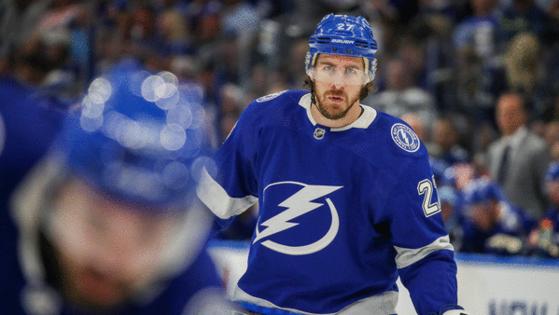 TAMPA, Fla. — Roster turnover is inevitable every hockey offseason, especially for a team annually pressed up against the salary cap like the Lightning.

But when you lose a rock in the locker room like Ryan McDonagh, one of the team’s top defensemen and unquestioned leaders, it doesn’t sit well even months later.

Lightning general manager Julien BriseBois would have preferred having McDonagh play out the length of his contract, but with the salary cap remaining the same the past three seasons and only going up $1 million this year, BriseBois had to take significant money off the books to be able to keep the veteran core intact and extend key young players. And McDonagh’s $6.75 million annual cap hit over the next four seasons became the salary to move in the early days of the offseason.

This is a tightly-knit group, and as the Lightning reported to training camp Wednesday for testing and media day activities, McDonagh’s absence still stung.

“You don’t replace a guy like that, that’s the bottom line,” defenseman Victor Hedman said. “But it’s got to be collective. One of the biggest warriors on ice that I’ve seen, blocking shots for fun and making big-time plays, a good leader in the room. You don’t replace a guy like that and, you know, we’re not looking for that from the new guys either. We’re looking for them to bring their own game into the fold, and we’ve just got to elevate our game.”

McDonagh was the Lightning’s top shot blocker and the backbone of the team’s first penalty-kill unit. He did a lot of dirty work, but also found himself in the middle of many game-changing plays. Last season, he averaged the third-most ice time on the team at 22:27 a game, and in the postseason he played with a mangled finger. But he also had an incredible impact off the ice.

“We can go on for days,” forward Pat Maroon said of McDonagh’s footprint. “He had a good sense of the room, and the feeling in the room and what we needed and what we didn’t need. And he was a guy that everyone went to, unfortunately, and that’s a guy you need. ... It’s unfortunate how he left. But again, it’s a business and we’re going to need guys to step up now.”

Maroon said McDonagh led by example, but he knew when something needed to be said, whether it be to the group or if the players needed a representative to go to the coaching staff.

“He was so good at that, and it’s a good thing how he carried himself because he’s a good guy to (be a) mentor and a good guy to look up to,” Maroon said. “So I think there’s guys in that room that understood what he did every day. And I think guys can do a good job of kind of taking that role over.”

BriseBois has said more will be asked from Mikhail Sergachev. The 24-year-old will assume McDonagh’s second left defenseman spot behind Hedman and likely get more minutes on the penalty kill.

“Really, really sad to see Mac go, that’s for sure,” Sergachev said. “But I’ve done a lot of listening, so I’m really thankful that I had time to play with him.”

You can’t test leadership. It emerges on its own. BriseBois was asked whether he believes the Lightning can fill McDonagh’s leadership role.

“I think we will have to. By necessity, it’s going to take place,” BriseBois said. “Some of our older guys that have been part of the leadership group for a number of years are still here, and then we have an emerging group of leaders that have been with us, have won championships with us, have gotten to the Stanley Cup finals, who are now ready to assume a bigger leadership role, I think, in the room.”

When the Lightning take the ice Thursday for their first official practice, they also will be without forward Ondrej Palat, a homegrown talent who was a career Lightning player and top postseason performer. Financially, the Lightning couldn’t keep Palat, who signed a five-year, $30 million deal with the Devils.

“It’s tough,” Stamkos said. “They’ve been around for a very long time and instrumental in the success that we’ve had in this team. ... It’s frustrating to see those two guys go for sure. But in saying that, we can’t dwell on it now. We have no choice. We don’t make those decisions. We come to the rink and have to do our job. So our job starts now.”