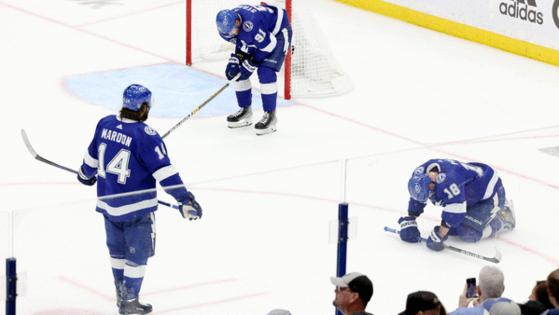 But, eventually, July arrives and so do the questions, doubts and dilemmas.

Yes, the Lightning can still be a force in the NHL in 2022-23. Any team with Andrei Vasilevskiy, Nikita Kucherov, Brayden Point, Steven Stamkos and Victor Hedman is undoubtedly a contender.

General manger Julien BriseBois has done a brilliant job keeping the core of this team together, and the victories still coming, for the better part of a decade. The Lightning have been in 46 more playoff games than any franchise in the league since 2015. Forty-six! That’s the very definition of dominance.

But the calculations are getting harder and harder to come by, and the future is coming faster and faster. The farm system is fairly bare, and the roster was among the oldest in the postseason.

That’s 11 first-round picks and six second-round picks between 2012 and 2024 that are no longer part of Tampa Bay’s plans. That’s an entire generation of prospects sacrificed for immediate help.

Was it worth it?