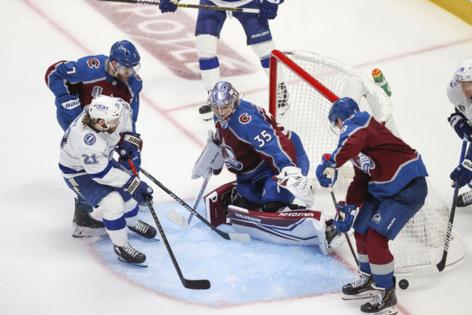 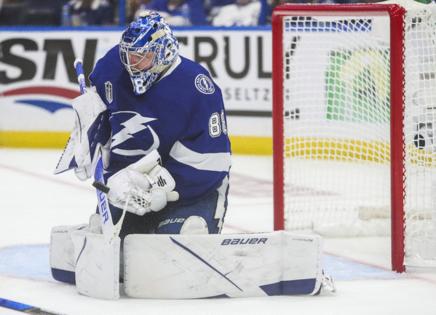 TAMPA, Fla. — It was nearly two hours past midnight early Monday morning when the Colorado Avalanche paraded the Stanley Cup out of Amalie Arena. Captain Gabriel Landeskog held it high over his head with several teammates in tow, yelling through the hallway leading from the visiting locker room to the team bus.

There’s no consolation prize for the Lightning. Following their Game 6 loss, they had to wrap their heads around the unfamiliar feeling of losing the final game of the NHL season for the first time in three seasons.

Though they trailed 2-0 and 3-1 and couldn’t push the series to seven games, the margin between these two titans was fine. Two of Colorado’s wins came in overtime, and four of the six games were decided by a single goal.

“It’s not like we lost to some powderpuff,” Lightning coach Jon Cooper said Sunday. “That’s a baller hockey team over there. So in saying that, it doesn’t make it less easy, because you have to beat good teams when you win a Stanley Cup. But we just got bettered by one tonight, and we just ran out of gas. And it sucks.”

Here are five numbers that show just how close the final was:

Lightning goal differential in 5-on-5 play

As the postseason progressed, the Lightning’s confidence in their 5-on-5 game grew, and it was a big part of why they went so far. They knew if they could stay out of the penalty box, their even-strength play would speak for itself. Despite having 93 fewer shot attempts at even strength over the course of the final, the Lightning outscored the Avalanche 13-12 in 5-on-5 situations (Colorado had one 4-on-4). Colorado overcame that deficit on special teams, where it had a 6-2 advantage in power-play goals and scored once shorthanded.