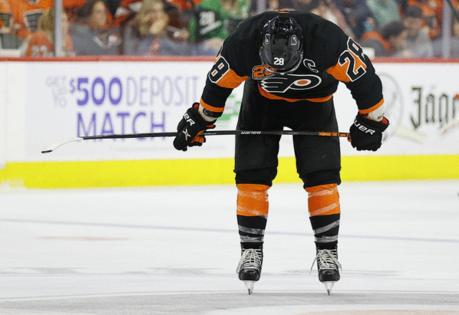 PHILADELPHIA — As of Friday, May 27, it will have been 47 years since the Flyers last won the Stanley Cup. If you have a fondness for the sadomasochistic, you can continue parsing that number to illustrate just how long that drought has been: 17,168 days, 411,744 hours, and on and on, until you risk crashing the calculator app on your smartphone or, worse, having the device, like an overworked engine, begin emitting clouds of smoke.

Now, given that the Flyers finished in last place this season and have inspired indifference in what was once a devoted fan base, lamenting that they haven’t won a championship in nearly half a century is akin to running your car off the road, slamming head-on into an oak, and cursing the forest. In the here and now, the damage is bad and needs to be repaired, and later on, you can contemplate why the trees are there, how long it took them to grow so strong, and why you’re such a lousy driver.

But in analyzing and accounting for how the Flyers sank so low, one can’t disconnect their present condition from their history. This downturn — the worst season of a decade in which the team has been at best a dull mediocrity — isn’t a blip. It isn’t the exception. It’s the natural byproduct of years of questionable decisions, failures in talent acquisition and development, and reactive or retrograde thinking. They had time to figure out how to avoid the tree, and they couldn’t.

Rather than asking current and former Flyers executives and coaches to explain this decline — if they had the right answers, the franchise wouldn’t be in this position in the first place — soliciting insights and opinions from voices outside the organization promised to be a more productive enterprise. Those perspectives have more distance, sure, but more objectivity, as well, and they confirmed the factors that have led the Flyers to where they are now: staring up at most of the National Hockey League.

The NHL’s installation of a salary cap in 2005, following a full season lost to a lockout, offers a stark line of demarcation that separates the Flyers’ drought into two eras. For roughly three decades, between 1975 and 2004, the Flyers could justifiably blame bad fortune for forcing them to watch another team celebrate every June.

By all rights and odds, even with their infamous goaltending problems, the Flyers should have won a Stanley Cup over that period. They reached the Cup Final five times. They had an owner, Ed Snider, who considered no price too high to pay in pursuit of a third championship. They traded for Eric Lindros. In 2000 and 2004, they had talented, veteran-laden clubs that lost in seven games in the conference finals and that, had they been a tad healthier or received a more fortuitous bounce of the puck here or there, might have reached the Final and won once they got there.

“It certainly leveled the playing field for everybody in terms of what teams were spending on players,” said American Hockey League president Scott Howson, who was the general manager of the Columbus Blue Jackets from 2007 to 2013. “Before the cap, you had certain teams that spent well in excess, almost double, of what other teams were spending. I’m thinking of Detroit and Colorado and Dallas. They had the resources to do it.”

So did the Flyers.