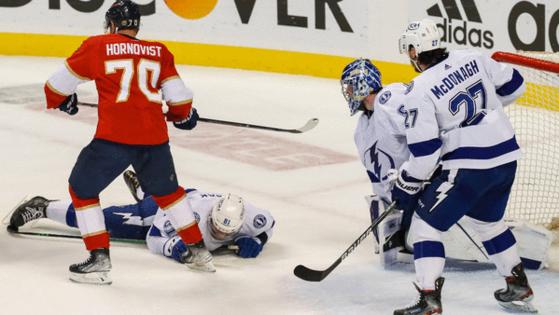 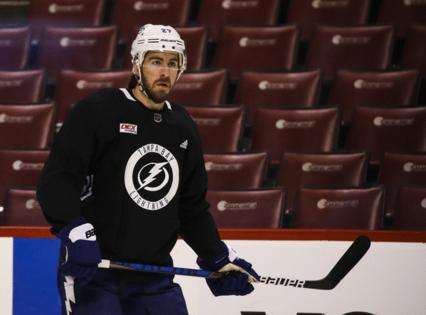 SUNRISE, Fla. — The face, right? You’ve got to protect the face first.

And then it’s easily breakable bones. The forearm, the knees, even the feet.

Really, when it comes to blocking a frozen hockey puck whizzing at you at breakneck speed — and that’s not necessarily a euphemism — it’s best to go into turtle mode and pray it hits a protected body part.

“For sure, there’s a technique to it. I was taught to time up the shot and turn your head,” said Lightning defenseman Ryan McDonagh. “Hopefully, it hits padding, whether it’s an elbow pad or shin guard. Obviously, the pants have a lot of bulk and padding. You appreciate it on those shots.”

Trust me, McDonagh knows. Since the NHL began tracking this sort of thing more than 15 years ago, there’s not a player alive who has blocked more shots during the Stanley Cup playoffs than McDonagh.

He led the Lightning with four blocked shots in Tuesday night’s Game 1 victory against Florida, giving him 386 in his postseason career to move past former Lightning teammate Dan Girardi.

“He brings it every single night, on the (penalty kill) especially, just putting his face in front of every puck. The bruises on his body … it’s just remarkable,” forward Pat Maroon said. “His compete level and his sacrifice for the boys to lay it all out there, especially when there’s a 105 mph slap shot and he’s willing to eat the puck.”

Beyond individual moments, McDonagh has established a standard among Tampa Bay’s defensemen. An ethos, if you will. You’re not going to put your body at risk for every shot that passes your way during an 82-game regular season, but there are moments when it is essential to take one for the team.

And McDonagh has walked that walk. Oftentimes, with a limp.

“He’s always been completely selfless,” said Lightning assistant coach Rob Zettler. “He’s one of the senior guys on our team, and he’s shown the (Mikhail) Sergachevs and the (Erik) Cernaks the commitment it takes to win in this league. You can talk about it as coaches, you can talk about it all you want, but you (need to) see someone doing it, and know it and feel it and know what it’s like to do it.