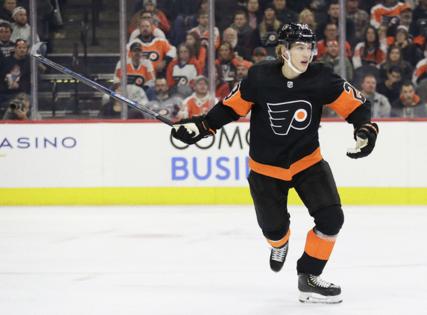 PHILADELPHIA — After having a rib removed and undergoing chemotherapy treatments for a rare form of bone cancer, and then gallantly returning for a couple of Stanley Cup playoff games in September 2020, Flyers left winger Oskar Lindblom was obviously drained.

Following that COVID-19-extended season, Lindblom's offseason was shorter than usual, and club officials believe that made it more difficult for him to prepare and perform during the 2021 campaign.

This summer, he has had a more normal offseason, and the hope is that he returns to the form he displayed before his stunning cancer diagnosis.

Lindblom, 25, is cancer-free and eager to start training camp on Thursday. He started working out at the team's Voorhees, N.J., practice facility about two weeks ago and is ready to be a key contributor this season.

"After everything he went through and some things that were very hard on the body, he's had more time to train and just live a normal life [this summer]," Flyers general manager Chuck Fletcher said recently. "He looks good physically and feels good, and I know he's optimistic about having a strong season."

Lindblom, who won the Masterton Trophy last season for his perseverance and dedication to hockey, said he worked hard over the summer, and his goal is "to get back to where I was, and the only thing I want to do now is help the team win games."

The Swede was tied for the team lead with 11 goals when he was diagnosed with Ewing's sarcoma in December 2019.

At the time, Lindblom's teammates rallied around the then-23-year-old winger who had been in the midst of a breakthrough season. While Lindblom endured chemotherapy and surgery, his teammates had a singular purpose.

"What we want to do is win hockey games for Oskar," captain Claude Giroux said at the time. "I'm sure that's what he would want."