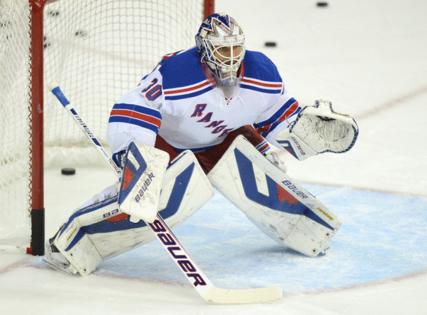 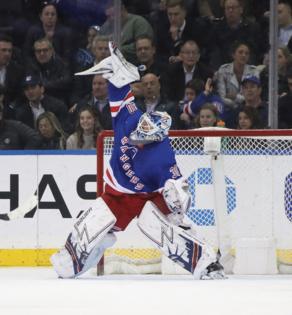 The all-time winningest netminder in Rangers history announced his retirement on Friday, leading off a social media statement with those two words.

“For the last 30 years, I have devoted my life to the game of hockey ... and now it’s time to walk away from the game I love and begin a new chapter,” the 39-year-old Lundqvist added.

Lundqvist who won 459 games between the pipes for the Rangers and led the Blueshirts to the Stanley Cup Final in 2014, had announced in December of 2020 that he was stepping away from the game after he was diagnosed with a heart condition. He underwent open-heart surgery in early January.

He had signed on with the Washington Capitals just months before after exiting Broadway on a one-year, $1.5 million contract after 15 seasons with the Rangers. Although he resumed training with the hopes of joining the Capitals later in the season he experienced inflammation around his heart and announced in April that his “heart isn’t quite ready.” He became an unrestricted free agent on July 28.

The Swedish star’s time in New York ended after the 2019-20 season when the rebuilding Original Six franchise opted to buy out the final year of his seven-year contract.

“Thank you @nyrangers and New York City,” Lundqvist wrote. “I’m a born Swede but I’ll always feel like a New Yorker thanks to you.”

“It is with mixed emotions that the New York Rangers offer our best wishes and heartfelt gratitude to Henrik Lundqvist on the announcement of his retirement,” the Rangers said in a statement.

“Henrik’s commitment to excellence made him one of the best goaltenders to every play the game of hockey, and we are so fortunate to have witnessed his greatness firsthand for 15 years.”

The Rangers announced they will retire Lundqvist’s No. 30 “and raise his jersey to the rafters at an upcoming game this season.”

“Henrik is, and always will be, a Ranger.”

“The future excites me,” Lundqvist said. “I’ve met so many amazing people over the years that will help guide and inspire me in my new journey.”