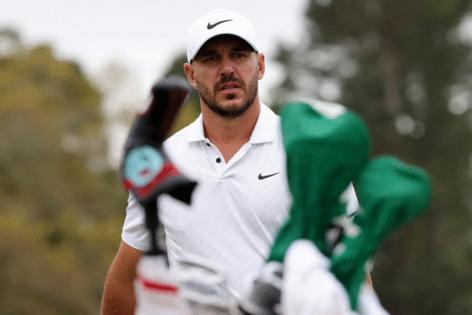 PITTSBURGH — The defection of Brooks Koepka to the LIV Golf series — with another prominent name expected to soon follow — is yet another example of the Saudi-backed circuit targeting some of the PGA Tour's most popular players. Or so it would appear.

The addition of Koepka, the only player in history to win two majors in back-to-back years (U.S. Open, PGA), could be considered the biggest addition to the rival tour, certainly in terms of number of major titles. But it's also the most stunning, especially given his change of heart from disparaging comments he has made all along about the LIV series.

Money, of course, will do that to a person, especially lots of it.

Koepka, who is ranked 19th in the world, was joined on the defection train by Abraham Ancer, who doesn't carry the cachet like some of the other PGA Tour abdicators but is nonetheless ranked 20th in the world. That gives the LIV tour eight of the top 50 players in the world ranking, headed by No. 16 Dustin Johnson.

Expected to follow them is Rickie Fowler, whose game has been lost somewhere amid his countless endorsement deals, but he remains one of the most popular players on the PGA Tour. It is not difficult to figure out Fowler will be given a financial deal that will more than make up what he will lose from the sponsors who will abandon him.

Through it all, it is also not difficult to figure out what the LIV tour is trying to do: build its own reputation by recruiting big-name players and, in the process, hurting the PGA Tour by eliminating some of its star power. For example, Phil Mickelson, the man at the center of all this, is ranked 83rd in the world. But, if he's playing on the PGA Tour, the only time he won't have the biggest gallery in the field is if Tiger Woods is also playing.

The same is true for other PGA Tour defectors who are big names on the European stage — Sergio Garcia, Lee Westwood, Ian Poulter. None of them is ranked in the top 50 in the world — Garcia, at 59, is the highest — but they are infinitely more appealing to a tournament and its galleries than other international players who are ranked among the top 50, such as Thomas Pieters (35), Seamus Power (36), Mito Pereira (46) and Lucas Herbert (48).

But is the LIV series really collecting some of golf's biggest names to gain attention for its 54-hole team tournaments with massive cash payouts? Or is the upstart tour merely attracting a bunch of damaged goods, players who have come to the realization how difficult it is for them to win again on the PGA Tour or those with injuries that could threaten their ability to win?

If there is a semblance of a common thread among the defectors — beyond the desire for money, that is — it just might be their ability to compete against the best young players in the world has come into question. That would certainly apply to Mickelson, Westwood and Poulter, not to mention former major champions Martin Kaymer, Graeme McDowell and Louis Oosthuizen. Toss Fowler into that group, if and when he jumps.

Koepka's inability to flash the game that won him four majors in three years has been severely jeopardized by a knee injury that threatens his longevity. Same with Bryson DeChambeau, who is only 28 but has been bothered by a wrist injury that recently needed surgery. It is difficult to place Johnson, a two-time major champion, in either category. But his seeming indifference to the game, rightfully or wrongly, makes him a player not overly worried about his legacy, especially when the Saudis made him an offer ($150 million) he couldn't refuse.