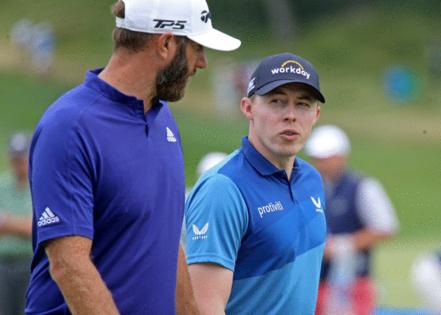 PGA players wanted to compete against the best in the world on storied courses with historical significance while boosting their legacy in the world of golf.

Everybody won at the U.S. Open in Brookline this week, most importantly the sport, which survived a doomsday scenario in which an LIV Golf entrant captured a major championship.

The Country Club ate up the pretenders and allowed only true contenders to emerge.

Matthew Fitzpatrick, the cheery 27-year-old from the United Kingdom, lifted the trophy after an incredible week in which he finished with a 6-under-par 274 score.

Fitzpatrick, who had never won on the PGA Tour but won the 2013 U.S. Amateur at this course, outlasted a couple of young Americans, Will Zalatoris and Scottie Scheffler, to capture the title.

The leaderboard was an adventure on Sunday, with many of the world’s finest players in the hunt until the very end. But there was one group of golfers noticeably absent from contention: all 15 of the LIV Golf series participants who, despite being banned from the PGA Tour due to their defection, will be allowed to compete in all four major tournaments because they’re not hosted by the PGA Tour itself.

It was clear on Thursday and remained obvious right through Sunday: the LIV Golf guys couldn’t cut it.