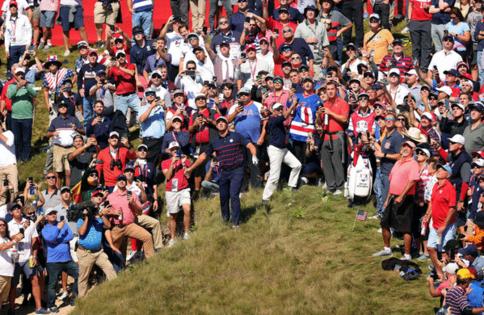 "I didn't see it coming," said the Indianapolis woman, who identified herself only as Jane. "Came down right on top of my foot."

Perched just above a bunker to the far left of the fairway, the woman said she felt fine but that the ball was coming in hot, so it likely would have been buried deep in the tall grass had it not struck her.

"He signed a golf ball and gave it to me," she said. "He was very nice. Apologized and shook my hand."

DeChambeau had a tough stance on the approach, with the ball below his feet but was able to hit a 49-yard chip to nine feet, then made the putt for birdie.