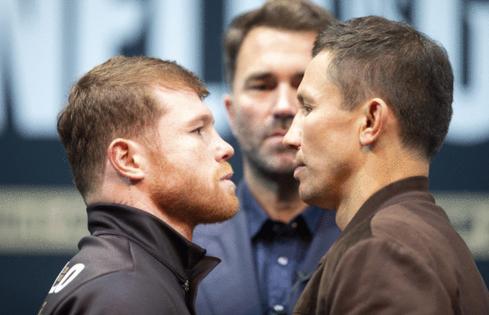 "MEX" was spelled out on the crown in green, white and red. Canelo Álvarez's personal logo was on one side. A motto was stitched in red on the other: "Legacy is Earned."

The messaging from Álvarez and his team was precise. Álvarez, a world champion boxer in four weight classes, cares about his legacy, about how he will be remembered among Mexican boxing legends. In his estimation, a win over Gennadiy Golovkin in their trilogy's finale at T-Mobile Arena on Saturday, will further solidify his legacy as one of the sport's all-time greats.

"This fight is important for my legacy," Álvarez said. "I need to win this fight very convincingly."

For others, the bout, no matter the result, has already tarnished it.

It has been four years since Álvarez and Golovkin last fought. Álvarez won a majority-decision in 2018, giving Golovkin his first career defeat, as the aggressor. The strategy was in stark contrast to his more passive approach a year earlier in the first meeting, which ended in a controversial draw.

The consensus in the boxing world is Golovkin was robbed of a win in the first encounter, Álvarez squeaked out a victory in the second and Álvarez waited far too long to give Golovkin a chance for redemption.

On Wednesday, Álvarez (57-2-2) tried challenging the prevailing narrative that he avoided Golovkin, claiming he nearly signed the contract in 2019 for a third fight. But, for reasons he didn't explain, it never happened.

"COVID happened so it was canceled, and I started fighting in other weight classes," Álvarez said.

Golovkin scoffed at his opponent's version of events.