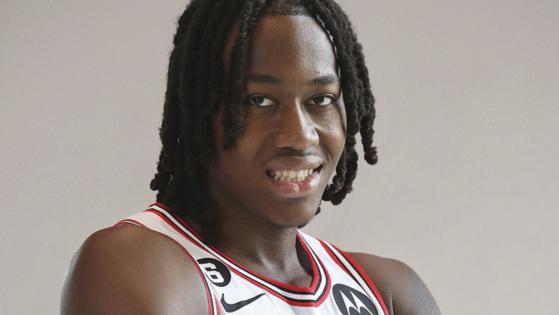 The plan was to split the second-round draft pick’s time between the Chicago Bulls and the Windy City Bulls, allowing for a more gradual progression into a rotational role. Instead, injuries thrust the rookie into the Bulls starting lineup.

Expectations are higher for Dosunmu this season. And with Lonzo Ball’s injury stretching on indefinitely, the starting point guard position is once again Dosunmu’s for the taking.

Coach Billy Donovan hasn’t shown his hand on a point guard preference in the first week of training camp. After a summer in the gym, Dosunmu feels ready for the competition.

“I’m a competitor, so whenever I step on the court, whether I’m starting or not, I’m going to go out there and compete,” Dosunmu said. “When you win, everybody eats, everybody looks good, and that’s the best thing I should do.”

After impressing as a rookie, the key to Dosunmu’s second year is his ability to start — and finish — the season.

Dosunmu’s production saw a definite drop in the final month of the regular season. He didn’t score a point in the first two games of the first-round playoff series against the Milwaukee Bucks, struggling to make an impact even in the team’s lone win.

This rookie wall is a common occurrence. Dosunmu particularly felt the exhaustion in his legs, dragging as the length of the NBA season eclipsed the stamina previously needed to survive a 33-game college season.

Endurance became Dosunmu’s fixation in the offseason. Before the season even ended, he informed assistant coaches Chris Fleming and Josh Longstaff he wanted to prepare daily summer workouts to increase his stamina and speed.

“I want to be able to go up and down four or five times without getting tired,” Dosunmu said.

Told it was set by Troy University in 2003 in a nine-point win against the ...Read More

SAN FRANCISCO — The Warriors’ fourth-quarter rally fell short Monday night as the shorthanded Indiana Pacers pulled away for a 112-104 win.

The Warriors took a one-point lead three times in the fourth but were unable ...Read More

Harden didn’t produce one in his first game back from a strained tendon in his right ...Read More