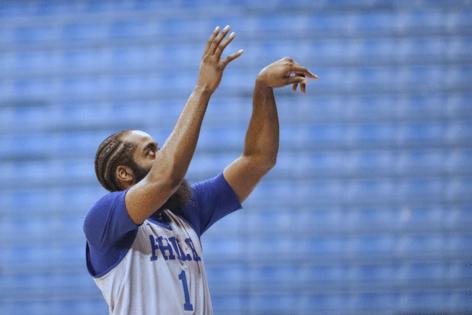 CHARLESTON, S.C. — At one point during Thursday’s televised practice at The Citadel, 76ers coach Doc Rivers told his team, “Our spirit is [B.S.]!”

Part of the problem had to do with the Sixers standing around and not feeding Joel Embiid the ball. Later, Rivers, still wearing a live microphone after the NBA TV telecast, chatted with James Harden.

“What I’m trying to get Joel first is to establish himself to be a better post player,” Rivers said. “We were horrible. Would you agree, a horrible post-passing team last year?”

“Horrible,” Rivers said. “So our objective is getting that first. And that’s why you have to have to the right spirit about it. And you’ve got to be a leader ... Get them to do it right.”

The coach went on to say that Harden and Embiid have to communicate and listen to each other. He also wants Harden to be the “aggressive James” that he was in the last five minutes of practice on Thursday.

He added that Harden has to keep his spirits up and that of his teammates up.

When Rivers asked him who else was struggling mentally a little bit, Harden mentioned Tobias Harris and Tyrese Maxey.

“Right, right,” Rivers said. “So we’ve got to get them going. But we’ve got to establish Joel and you. It’s a pecking order. This ain’t a democracy. It ain’t no democracy.”