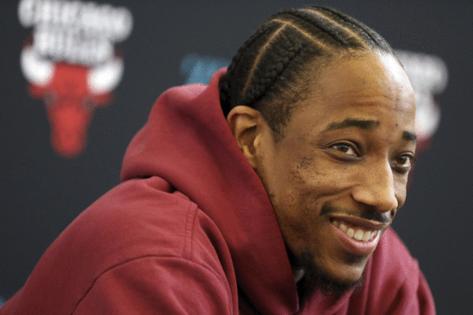 The Chicago Bulls stayed quiet for most of the offseason, focusing on re-signing Zach LaVine and returning the core of last year’s roster to build into the 2022-23 season. But it was still a busy summer for Bulls players, who spent the time recovering from injury, expanding their families and competing in local and international competitions.

The Bulls added free agents Andre Drummond and Goran Dragić along with draft pick Dalen Terry to complement the starting trio of LaVine, DeMar DeRozan and Nikola Vučević. The front office committed early to its plan for running back last season’s roster, but injuries remain a key concern as the team plans to enter the season without starting point guard Lonzo Ball.

With the Bulls opening training camp Tuesday, here’s a rundown of how some of the top players spent their summer.

The offseason didn’t offer relief for Lonzo Ball, who will have left knee surgery Wednesday and miss the start of the season as he continues to seek answers for an injury that has lingered since January.

Ball will undergo an arthroscopic debridement — a procedure that removes cartilage, tissue and other debris — of his left knee. The procedure will take place in Los Angeles, where Ball spent the offseason attempting to rehab the injury.

Ball will be reevaluated four to six weeks after the procedure, sidelining him through at least the first five games of the season. By the time he is reevaluated, Ball will have gone more than 10 months without being able to run at full speed or scrimmage with contact, and that volume of missed games will require a lengthy onboarding back into the weekly workload of the regular season.

DeRozan returned to the Drew League with his team MMV Cheaters this summer, dropping eye-popping scoring performances in the vaunted pro-am league.

The Drew League is a competitive league based at King Drew Magnet High School in DeRozan’s hometown of Compton, Calif. The league regularly features top NBA talent, with rotating rosters that allow players to drop in throughout the summer.