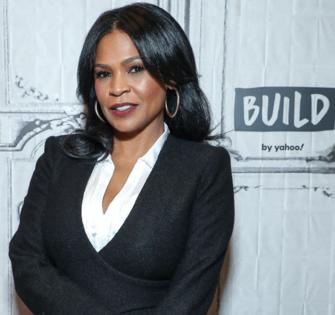 "The outpouring of love and support from family, friends and the community during this difficult time means so much to me," Long said in a statement to Boston.com. "I ask that my privacy be respected as I process the recent events. Above all, I am a mother and will continue to focus on my children."

Long and Udoka have been in a relationship since 2010 and share a 10-year-old son. The two have been engaged since 2015, but had no plans of getting married, with Long once telling Essence.com that "marriage is not a priority."

On Thursday night, the Celtics announced Udoka would be suspended for the entirety of the 2022-23 NBA season after an independent investigation found that the coach's relationship with a staffer was a violation of multiple team policies.

"I want to apologize to our players, fans, the entire Celtics organization, and my family for letting them down," Udoka said in a statement to ESPN. "I am sorry for putting the team in this difficult situation, and I accept the team's decision. Out of respect for everyone involved, I will have no further comment."

While much of the coverage of Udoka's situation centered on the sports repercussions, Long's fans voiced their feelings about the affair on social media, with many pointing out how beloved Long is in the Black community.

Long made her first big splash as Brandi in John Singleton's 1991 film, "Boyz N the Hood." She landed a guest spot on "Living Single" in 1993, and a year later she had a recurring role in "The Fresh Prince of Bel-Air." Long starred alongside Ice Cube and Chris Tucker in F. Gary Gray's "Friday" in 1995.

Podcaster and Oscar-winning producer Van Lathan Jr. tweeted, "Nia Long has an 100% approval rating with Black America and Ime Udoka is about to understand that."

Rep. Jamaal Bowman, D-N.Y., shared a message of support for the "Fresh Prince of Bel-Air" actor.

"Sending nothing but love to Nia Long. We're not letting a man, who didn't recognize the luxury her presence was, dim all her beauty and glory," he wrote. "Matter of fact, we need a Nia Long national holiday!"

LEXINGTON, Ky. — Earlier this month, Kentucky basketball took a 2,000-mile field trip to Spokane, Washington. It did not turn out well. This week, UK travels 4,000 miles for another educational opportunity, this time in ...Read More

Sometimes it's a quick look back over his shoulder before spinning the other way. Other times it's a fake with the ball or maybe with his head.

Whatever it is, the result, increasingly, has been the same — Austin Reaves...Read More

SALT LAKE CITY — Over the course of two days this week, what could be the Clippers’ future spilled over into the team’s present as a team ravaged by injuries turned to its long-term projects in search of wins right ...Read More

SOUTH BEND, Ind. — It will be easy to say the travel and injuries caught up with Michigan State on Wednesday night at Notre Dame.

But the reality was the 20th-ranked Spartans didn’t defend the entire first half, ...Read More

DENVER — The Rockets showed up for Wednesday’s game like they were ready to leave Denver on Tuesday.

And with an emphasis on protecting their home court, the Nuggets dominated from the outset. The 120-100 pummeling ...Read More

BLOOMINGTON, Ind. — When No. 18 North Carolina talked in the preseason of repeating last season’s run to the Final Four, it wasn’t supposed to include a repeat of last year’s losses in all of its marquee non-...Read More