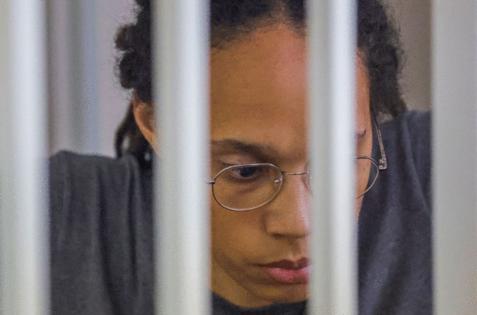 The American arrived at Sheremetyevo airport outside Moscow and was arrested after a luggage search found vape cartridges containing cannabis oil that was prescribed by a U.S. doctor to treat chronic pain. There were various detention facilities, a guilty plea, a hearing in front of Russian judge and an implausibly long prison sentence.

We're talking about Marc Fogel, a 61-year-old history teacher at the Anglo-American School in Moscow that was created by the U.S., Canadian and British embassies to teach the children of diplomats stationed there. Among his students was the son of a former U.S. ambassador to Russia.

Fogel was returning for the school year last August when drug-sniffing dogs at Sheremetyevo sensed something in his luggage. He had spinal and shoulder surgeries, plus a knee replacement, and marijuana was prescribed as an alternative to addictive opioids. The Russian judge wasn't buying it, sentencing him to 14 years of hard labor for "large scale drugs smuggling" they claimed he intended to distribute to his students.

That was June. Last week, Griner was sentenced to nine years, six months in a penal colony after being convicted of carrying vape cartridges in her luggage with less than a gram of cannabis oil, although a smaller amount than Fogel, who had about 20 grams.

There's another difference between the cases. The United States is offering a prison swap to secure her release.

Fogel is not part of it.

If anything, in a backhanded sort of way, the Griner ordeal illustrates how far women's sports have come in the United States, how far their profile has been elevated — offering to trade a Russian arms dealer who is nicknamed the "Merchant of Death" and is serving a 25-year sentence for a Black, openly gay, women's basketball player who admitted transporting marijuana into a country that strictly forbids it.

Now Griner is immediately classified as "wrongfully detained" by a foreign government, which shifts her case to the Office of the Special Presidential Envoy for Hostage Affairs. Now the national security adviser, secretary of state and vice president are calling Griner's spouse, Cherelle. Now President Joe Biden is calling, too, promising to pursue "every avenue to bring Brittney home."