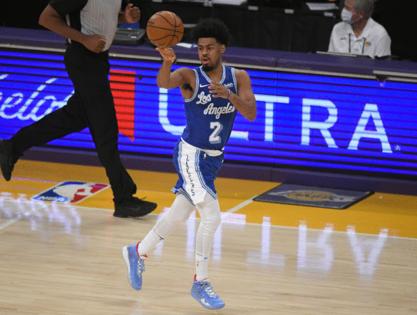 The Kings recently addressed their need for a third-string point guard when they signed former NBA champion Matthew Dellavedova to a one-year deal, but now it seems Dellavedova will go into training camp with some competition.

A source with knowledge of the situation recently told The Bee the Kings were one of several teams engaged in talks with Cook, who spent the end of the 2021-22 season with the Stockton Kings, Sacramento’s G League affiliate. The Kings were looking for depth behind point guards De’Aaron Fox and Davion Mitchell when they scheduled workouts with Cook and Dellavedova while they were in Las Vegas for the NBA Summer League.

There was plenty of speculation that Sacramento would sign one or the other, but ultimately the Kings ended up signing them both. Cook and Dellavedova will likely compete for one of the team’s final roster spots for the 2022-23 season, but having both players under contract would provide additional depth in the event of a trade involving Fox or Mitchell.

Cook, 29, has an interesting resume for a player who went undrafted out of Duke and bounced around the league on a series of short-term contracts over his first five NBA seasons. He was the second-leading scorer on an NCAA championship team, earned the NBA D-League Rookie of the Year award and went on to win NBA championships with the Golden State Warriors and Los Angeles Lakers.

Cook won NBA championships with the Warriors in 2018 and the Lakers in 2020. He had two 10-day contracts with the Cleveland Cavaliers in March 2021 and signed with the Blazers prior to the 2021-22 season, but he was waived after two preseason games.

Cook spent time with Lokomotiv Kuban, a Russian club in the VTB United League, before the Stockton Kings claimed him off waivers in February 2022. Cook appeared in 11 games for Stockton, averaging 23.7 points, 5.1 rebounds and 5.8 assists while shooting 52.4% from the field, 44.6% from 3-point range and 88.5% at the free-throw line.

Dellavedova, 31, could also have something to offer. The 6-foot-4 point guard played for Brown as a rookie with the Cavaliers in 2013-14.

Dellavedova spent eight seasons in the NBA. He appeared in the playoffs four times and won an NBA championship with Cleveland in 2016.