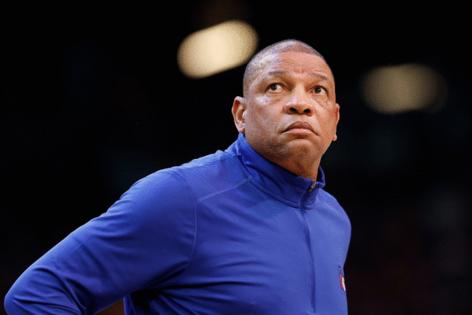 LOS ANGELES — So, the Lakers floated their three leading candidates for coach to the media this week as a sort of trial balloon.

The news fell flatter than a Russell Westbrook jump shot. The options quickly lost all air, the shriveled remains floating harmlessly into the cluttered mess that is the Lakers' summer landscape.

Seriously? That's all you've got? It's considered a soft coaching market, and the Lakers are considered a hard sell, but still … that's it?

Terry Stotts? Wonderful man, great tactician, but across 13 NBA seasons in Atlanta, Milwaukee and Portland, his teams advanced as far as the conference finals only once.

If you're going to hire Stotts, then you never should have fired Frank Vogel.

Kenny Atkinson? Energetic dude, currently on the staff at reborn Golden State, but his specialty is developing kids, as he did with the likes of D'Angelo Russell, Caris LeVert, Jarrett Allen and Spencer Dinwiddie during four mostly miserable seasons in Brooklyn.

If you're going to hire Atkinson, then you should have hired him before LeBron James and Anthony Davis showed up.

Darvin Ham? He's the only one of the three candidates who played in the league, and he's been a respected assistant with the Lakers, Hawks and Bucks, but he's never been an NBA head coach.