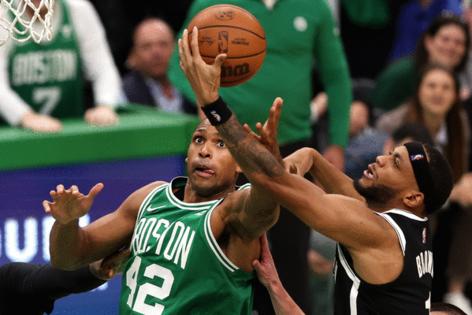 MIAMI — A potentially seismic shift hit the Eastern Conference finals less than three hours prior to Tuesday night’s start of Game 1 at FTX Arena, when the Boston Celtics announced that forward Al Horford had entered NBA health and safety protocols and would be out for the series opener against the Miami Heat.

The designation not only had Horford out for Tuesday’s start of the best-of-seven series, but also, based on the NBA’s required quarantine in such cases, possibly out for Thursday night’s Game 2 at FTX Arena and Saturday’s Game 3 at TD Garden.

“We found out about Al about two hours ago,” Celtics coach Ime Udoka said, less than two hours before tipoff.

Udoka indicated that upcoming testing results could impact the timing of a Horford return.

“He’s feeling fine,” Udoka said, “and we’ll go from there, wait to see results of tests and future tests.”

Udoka said he was unaware of any contact-tracing issues with others on the team.

It is the third time this season Horford, 35, has entered NBA protocols.

In addition, the Celtics announced that a second starter, point guard Marcus Smart, would miss the series opener due to the right mid-foot sprain sustained during Sunday’s Game 7 victory over the visiting Milwaukee Bucks that advanced them to the East finals against the Heat.

Smart was listed as questionable earlier in the day. Horford had not appeared on the Celtics’ injury report until he was listed as out.

“The soreness was too much,” Udoka said of Smart’s injury, “still some swelling, and limited basketball movements that he couldn’t do.”