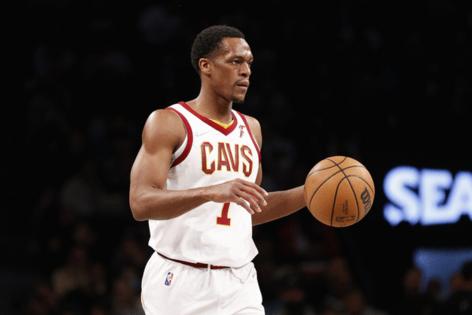 The mother of Rajon Rondo’s children has been granted an emergency protective order after he allegedly pulled a gun on her and threatened to kill her.

Ashley Bachelor, the NBA point guard’s 36-year-old ex-girlfriend, claims that Rondo was playing video games with their son last week when she asked the child to finish doing laundry, according to the order obtained by the Louisville Courier Journal Monday.

Rondo, 36, became “enraged” and “ripped the video game console from the wall” when their son got up, smashed a tea cup in front of their daughter, began throwing things around the house and outside, then drove his car onto the lawn, according to Bachelor.

“You’re dead,” he allegedly told her when she asked why he was acting out.

Instead of calling police, Bachelor said she called the former police chief personally, scared of how Rondo would continue to react. He left, then came back 15 minutes later and began hitting the back window with a gun, according to the protective order request.

Still waving his gun, Rondo allegedly screamed at both children, asking why they were afraid of him.

Rondo’s parents eventually showed up and he let the children back inside the house, but “could not be calmed down.”

Despite Rondo trying to block the door, Bachelor said she was able to get inside and bring the children upstairs with her.

The former police chief, Yvette Gentry, was eventually able to get the gun from Rondo, who left the house.

Rondo has been ordered to stay 500 feet away from Bachelor and their children, and must surrender all firearms.

The NBA said it is “aware of the report and are in the process of gathering more information.”

Rondo, who played college basketball at the University of Kentucky, was on the Los Angeles Lakers and the Cleveland Cavaliers this season and is now an unrestricted free agent after 16 seasons in the NBA.