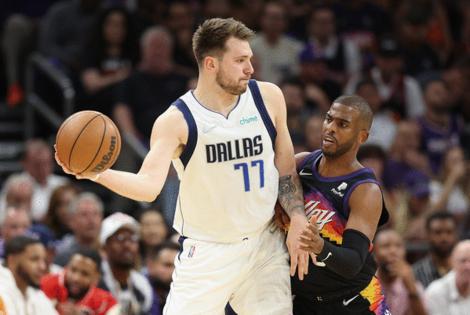 I remember when it happened. March 2, when the Dallas Mavericks played the Los Angeles Lakers. That’s when I realized Luka Doncic was a top-5 player.

But Sunday night, after Luka Magic’s Mavericks ran up a 47-point lead to dismiss the league-best Suns in Game 7 — in Phoenix — I realized top-5 might not do him justice.

Doncic repeatedly sought LeBron James in pick-and-roll switches and attacked him time after time in the fourth quarter of that March game. It was similar to his all-out assault on the Suns on May 15 that began with 27 points in the first half.

The Mavericks, who had blown a 21-point lead to the Lakers and trailed by six in the final period, won by five in that decisive March matchup, delivering all but the death blow to a Lakers team still delusional enough to believe it had a chance at the playoffs, let alone the Play-In.

No, no. That’s Luka’s confidence.

It’s become more clear with every opponent who steps in the Slovenian Savage’s path: Luka Doncic is undeniable. Doncic played on a bad calf and still hung 33 on that so-called vaunted Utah Jazz defense. He made every single Phoenix defender — from Defensive Player of the Year candidate Mikal Bridges, to prototypical 3-and-D wing Jae Crowder, to the helpless switching center Deandre Ayton — look like a chair on the basketball floor. Cameron Johnson was a folding chair in Game 7, when Doncic shook him so hard, he fell to the ground, in a moment that rivaled James Harden’s breakdown of Wesley Johnson years back.

Talk about a path to the NBA Finals. If Doncic makes it there, he’ll have gone through the gauntlet.

If Green can’t guard Doncic, then no one can. The Warriors will throw some mix of Green, Klay Thompson, rookie Jonathan Kuminga, Andrew Wiggins, Otto Porter and Kevon Looney — and if Gary Payton II was healthy, he’d get his shot at Doncic, too.