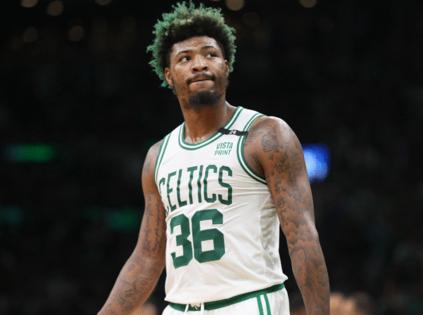 Celtics guard Marcus Smart will be listed as questionable for Game 1 of the Eastern Conference Finals at Miami with a mid-foot sprain, coach Ime Udoka announced Monday.

Smart underwent an MRI on Monday and the imaging returned clean, according to ESPN, which has given the team hope he can start Tuesday night. He played 37 minutes in Sunday’s Game 7 win over Milwaukee and recorded 11 points, 10 assists and seven rebounds. Smart also took a hard fall in the first quarter that caused him to linger on the floor for a few moments.

Earlier in the series, Smart dealt with a deep thigh contusion that ruled him out for Game 2. Udoka described his veteran point guard as “pretty tender and sore,” while adding he will receive around-the-clock treatment as the team’ flies to Miami.