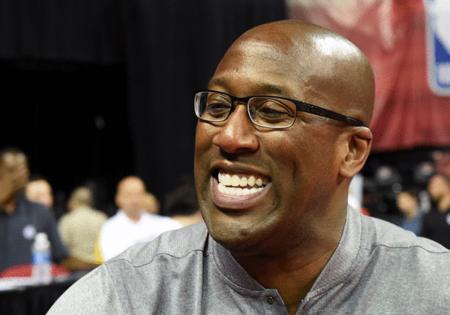 SAN FRANCISCO – The Chase Center crowd chanted “Whoop that trick! Whoop that trick!” late in the fourth quarter after the Golden State Warriors pulled away with a 11-point lead.

The cheers mocked the Memphis Grizzlies’ unofficial anthem, which Stephen Curry had said was the team’s mentality heading into Game 5, a statement that upset Memphis.

The Grizzlies made their statement in Game 5 of the Western Conference semifinals Wednesday night, romping the Warriors by 39 points.

But it was Golden State who put the young and athletic Grizzlies in their place Friday night in Game 6, defeating them 110-96.

The Warriors’ win punched their ticket to the Western Conference Finals and ended Memphis’ season.

The Warriors didn’t look back from there.

“Game 6 Klay” made an appearance Friday night, scoring a team-high 30 points. Curry scored 11 of his 29 points in the final quarter.

The Warriors started Kevon Looney for the first time this series. He replaced Jonathan Kuminga to give Golden State an aggressive rebounder and veteran defender to go up against Grizzlies center Steven Adams. The insertion of Looney created a more lively start to the game for the Warriors after slow starts hindered them in previous games.

They pulled out to an 8-point lead at one point, though the Grizzlies were able to come back. Neither team took a double-digit lead until the Warriors’ pulled ahead late in the fourth quarter.

MILWAUKEE — Jayson Tatum watched his season slip to the brink Wednesday, first standing in a crowded left corner and then alone on the right wing, as the Celtics’ final possessions imploded without him.

There was a moment in the second half of this signature Miami Heat night, this beautiful Thursday night, when the television camera swung to a seated Pat Riley, who arched his neck and lifted his chin and offered the ...Read More

The question had been swirling for weeks, two little words bubbling beneath the red-white-and-blue crust of the Sixers’ latest strategic pivot. They did what they could to make you ignore it, ...Read More

PHILADELPHIA — Joel Embiid wrapped close friend Jimmy Butler into a hug near the 76ers’ bench before walking off the court late Thursday, the physical representation of one All-Star and his team moving on to the ...Read More

PHILADELPHIA — Danny Green was in good spirits on Friday, one day after the 76ers swingman suffered ACL and LCL tears in left knee in the opening minutes of a Game 6 loss to the Miami Heat in the Eastern Conference ...Read More