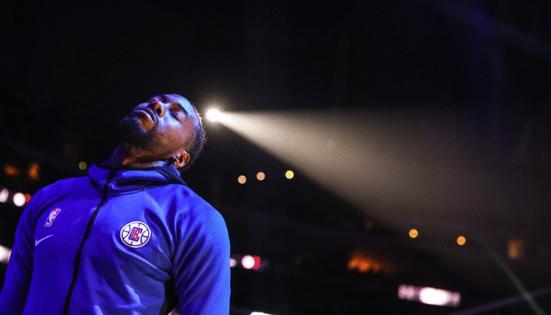 LOS ANGELES — When the Clippers open training camp Tuesday at San Diego State University, their star who once called that campus home will be on the sideline continuing a knee rehabilitation whose timetable remains hazy.

Though the team's president of basketball operations said Friday that Kawhi Leonard has worked out hard since surgery in July to expedite his return from what the team termed a partially torn anterior cruciate ligament, whether Leonard could play at some point this season has received little discussion internally.

"I think at this point, it's just no one knows when you're dealing with a recovery from an ACL, the time frame," Lawrence Frank said during a call with reporters. "To save you [reporters] throughout the year, no one knows. You just attack it day by day. He has a very detailed plan with a great group and we'll just let his body and the doctors tell us when it's the right time."

Orthopedic surgeons and an athletic trainer for an NBA team said in August that the typical recovery window for an ACL injury is nine months to one year. The postseason will begin in April, nine months after Leonard's July 13 surgery.

Leonard isn't the only Clipper to begin camp at less than full strength.

Center Serge Ibaka, a splashy addition in 2020 free agency before a back injury limited him to just 43 games, has made "terrific progress" after surgery in June yet will be limited to non-contact work to begin practices, Frank said. Additionally, rookie point guard Jason Preston injured his right foot during a workout Thursday. The team is still assessing the severity of the injury.

"It could be a little bit of a setback," Frank said, for a player he described as having made strong improvements since the end of the Las Vegas Summer League in August on his playmaking and pick-and-roll decisions.

With Leonard out a significant amount of time, the rest of the expected rotation will carry a heavier burden, beginning with fellow All-Star forward Paul George.

"I think he's looking forward to the challenge," Frank said. "He's been in this position before, in other places, probably more Indiana ... than Oklahoma City, but I think Paul has shown over the course of the career that he's more than capable to rise to the challenge.

"And I think as a competitor, obviously you'd love for Kawhi to be there from day one, but we also understand what we're dealing with and he's looking forward to it."