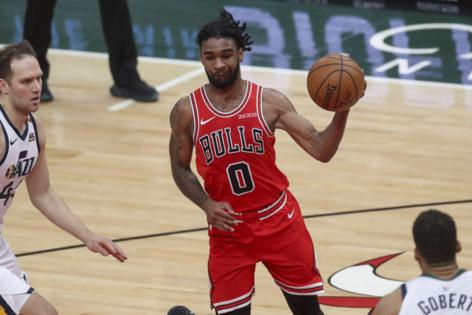 The team announced the surprise injury news after White had a successful surgery Thursday afternoon. He will be reevaluated in four months.

That timetable could put White’s season opener in jeopardy, as four months would place his reevaluation in the middle of October.

The NBA hopes to get its schedule back on track after the pandemic altered the league structure in 2020. Training camp is expected to begin Sept. 28 with the regular season set to tip off Oct. 19, according to The Athletic.

White endured his share of growing pains in his second season, averaging 15.1 points and 4.8 assists per game while shooting 41.6% from the field and 35.9% from 3. After spending most of his rookie season coming off the bench, he picked up a lot of experience as a starter this year, beginning 54 of his 69 games in the lineup. His acclimation into the first unit was slow. But after an erratic start to the season, he showed signs of settling into the position near season’s end.

However, the Bulls already were going to be faced with pressure to improve the production from the point guard position. White’s injury seems likely to increase such urgency.

LOS ANGELES — Lamar Odom has been training until 3 a.m. most nights to prepare for his exhibition boxing match against pop star Aaron Carter, but he feels "really good" after finding a strategy to combat his post-...Read More

The Hawks have been here before, not that long ago.

Returning home for games 3 and 4 of a playoff series after escaping with a narrow win in Game 1 and losing Game 2 on road.

The opponent is quite different this time, as...Read More

PHILADELPHIA — The funny thing about history is that it can be hard to tell when it's happening. The line between "notable" and "historic" is a tough thing to draw in real time. But it might be time for us to start ...Read More

As former Miami Heat icon Dwyane Wade takes his newfound sideline role as Utah Jazz part owner, it’s as if he is quoting from The Godfather, if not from Pat Riley, himself.

“It’s about business,” Wade said in a GQ...Read More

These NBA playoffs have to be so frustrating for Warriors fans to watch.

Seeing the Suns, Nuggets, Clippers, and even the Jazz compete for the Western Conference crown is such a tease.