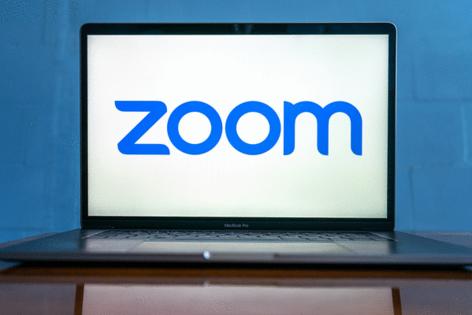 "It's a real love-hate," the Dodgers' president of baseball operations said. "It's not the healthiest three days of the year for me. But it's efficient. We're able to plow through a lot of things that otherwise potentially take days."

The winter meetings have traditionally been where the MLB universe congregates for business. Oftentimes, it's a chance for team executives to physically meet with a free agent's representatives. The players themselves surface occasionally.

Face-to-face meetings during free-agent pursuits are otherwise rare, almost always a step reserved only for the premier targets. Players travel to the prospective club or have officials come to them. Those encounters still happen. But a new wrinkle has been introduced over the last two winters that has made a more intimate interaction accessible across the industry just like in so many others in the post-pandemic world: the Zoom call.

"I think it helps add a personal touch," Friedman said. "You're able to get on representative people from your organization and able to give players a better feel for our group that I think is a help."

Friedman said he had never been on a Zoom call with a free agent before last winter. He estimated he's been on 10 such virtual sessions with free agents this offseason, though the Dodgers have managed to sign only one free agent (reliever Shelby Miller) to a major league deal as of Thursday afternoon. Friedman confirmed Miller was one of the calls and declined to disclose the others.

Justin Verlander was one of the other nine video chats, according to a person with knowledge of the situation. The three-time Cy Young Award winner chose the New York Mets over the Dodgers on Monday. He met with both teams over Zoom.

Last month, Jacob deGrom, the top starting pitcher on the market, met with the Texas Rangers over Zoom before signing with them last week. Cody Bellinger, who was not tendered a contract by the Dodgers last month, met with at least three teams over Zoom in the days leading up to his decision to sign with the Chicago Cubs on Tuesday. Baltimore Orioles manager Brandon Hyde said the team has had "eight or so" Zoom calls with free-agent starting pitchers this offseason.

Friedman said the Dodgers' video meetings with free agents have lasted anywhere from 30 minutes to two hours. An executive with another team said his club's Zoom calls with free agents aren't usually too thorough, going no more than 45 minutes. He said they're almost always requested by the player's representative.

"It's more about getting a feel," the executive said.