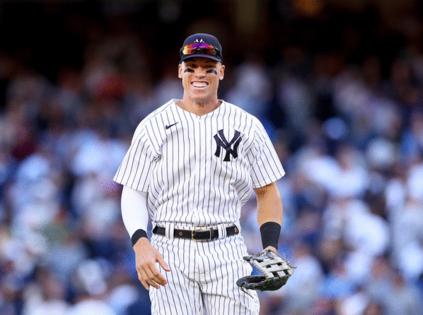 NEW YORK — In the wee hours of Wednesday morning a beleaguered and resigned Hal Steinbrenner firmly cemented his membership in baseball’s One Dumb Owner club by re-signing soon-to-be 31-year-old Aaron Judge for an astounding nine years and $360 million.

Or $146.5 million more than the seven-year, $213.5 million the Yankees offered Judge last March, which he flatly rejected.

Until December 2019 when the Yankees lavished a record nine-year, $324 million contract on Gerrit Cole, a No. 1 starting pitcher they absolutely had to have, Young Hal had taken pains to act prudently when it came to the free-agent market. He took a pass on both Bryce Harper and Manny Machado in 2019 when he saw those contract negotiations heading north of $300 million — and going all the way back to 2013 when the Yankees refused to budge from seven years and $175 million for their own Robinson Cano and let him walk to the Mariners for a 10-year, $240 million contract.

At the time, they made a point that Cano, whose career was seemingly headed for the Hall of Fame, had rejected the opportunity of being a Yankee for life, with all the subsidiary marketing and promotional opportunities in New York, plus likely becoming the first Dominican Yankee captain, to opt for more initial money and baseball oblivion in Seattle. In retrospect, it was the worst mistake of his life. Which is why this was essentially the same pitch they were making to Judge once it became evident of the Giants’ serious intent to lure him back to his northern California roots.

But as we now have learned, with Judge this was never about being a Yankee for life, a plaque in Monument Park with all the Yankee immortals, or the captaincy in the grand tradition of Lou Gehrig, Thurman Munson and Derek Jeter. As the late football Giants’ GM George Young so often reminded us, it’s always about the money. And give Judge credit, he bet on himself last March, having no idea how much more money was going to be out there above and beyond the $213.5 million he turned down, then went out and had a season for the ages, batting .311 with a league-leading 131 RBIs and breaking Roger Maris’ 61-year-old American League home run record with 62 — only to discover there was a HELLUVA LOT more money out there. Word was, at the last minute Tuesday night, the San Diego Padres plunged head first into the Judge bidding with an offer of 10 years and $400 million.

As one high-ranking baseball official said to me Wednesday: “We are living in a totally irrational world.”

For sure, Steinbrenner never saw this coming. After Judge rejected his offer back in March, he assumed he was eventually going to have to up the ante somewhat, by another year and another $40 million or so, even if he was conceivably bidding against himself. The word was out that the Dodgers and Red Sox were cutting back, the Phillies were looking for a shortstop and Steve Cohen had no appetite for getting into a head-to-head bidding war for the Yankees’ biggest star. That pretty much left the Giants, some 75 miles northeast of Judge’s hometown of Linden. But under the direction of baseball operations chief Farhan Zaidi, the Giants have been the foremost analytics-possessed team in the game — and one of the principal tenets of analytics has been to never give a long-term contract to a player in his 30s.

But that all changed in San Francisco this past year when the Giants slumped to 81-81 as a distant third-place team in the NL West behind the Dodgers and Padres, and average attendance fell to 30,650, the lowest at Oracle Park since its inception in 2000. With $66.9 million in contracts coming off the books, team president Larry Baer and Giants ownership essentially told Zaidi they needed to stuff the philosophy of analytics and sign Judge no matter what the cost in years and dollars.

Baer saw it as a parallel to 1992 when the Giants were coming off a 90-loss season, in desperate need of a star, and he signed Barry Bonds to a then-record six-year, $43.75 million contract. The result was attendance immediately soaring more than one million to 2.6 million in ‘93 and the Giants winning three NL West titles and the 2002 NL pennant with Bonds as the catalyst over the next 15 years.

At some point during the winter meetings in San Diego, the Giants, knowing the Yankees were firmly stuck at eight years, came in with a whopping nine-year offer north of $360 million of which they were cautiously optimistic could get the job done. When presented with the realization that Judge was not going to give him a hometown discount as far as the years of the contract were concerned, Hal, who was already at $40 million per season for eight years, gulped hard and said: “What the hell. We’ve gone this far. I can’t lose this player over an extra year.”

Welcome to the season of insanity. The minute he signed off on the nine-year, $360 million deal, Steinbrenner knew this was going to go down as the dumbest contract he had ever done.