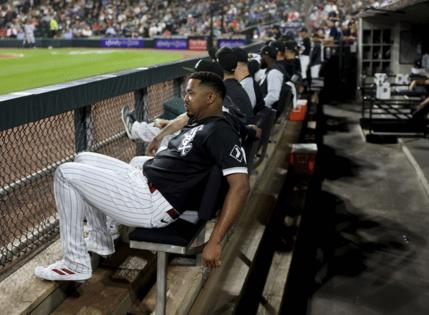 Luis Robert and Tim Anderson soon were declared out for the rest of the season, joining Michael Kopech on the list of Sox players who probably could play through their injuries if the games had any meaning.

Manager Tony La Russa already had been shut down on Aug. 30 with a heart-related issue that doctors felt was serious enough to prevent him from managing the final month. Because he hasn’t been made available to the media since the Sox announced Saturday that he won’t return to the dugout this season, we can only speculate that he didn’t deem these final games worth fighting the decision.

There may be more shutdowns as the losses pile up in the final week of the season, so stay tuned.

If you’re still watching the Sox at this point, it can be for only two reasons. Either you’re a glutton for punishment or you’ve built an immunity to pain and simply want to finish what you started.

Most of my family and friends fit in the latter category. They’ve seen many bad Sox teams over the years but watch the games until the bitter end anyway. It’s in their DNA, so they can blame it on their parents, their grandparents or even Jean Baptiste Point DuSable, the first permanent settler of Chicago.

Like the season as a whole, this ending threatens to be the worst in Sox history and might even eclipse the complete collapse of the Chicago Sky, who were outscored 18-0 in the final 3:46 of their Game 5 loss to the Connecticut Sun in the WNBA playoffs.

The Sox entered Wednesday’s game in Minnesota with a seven-game losing streak, hitting a combined .192 over that span with 61 strikeouts and 45 hits. Since the 11-inning loss to the Guardians in last week’s “must-win” series opener, they had led for only three innings in six games through Tuesday.

It has gotten so bad that postgame studio hosts Chuck Garfien and Ozzie Guillen have run out of ways to say the team is an embarrassment.

The only winner in all of this may be La Russa, who watched acting manager Miguel Cairo win for a couple of weeks, adding to the narrative that the team just needed a different voice. But Cairo’s star has faded since Operation Shutdown commenced, and now it’s clear the brief surge was a mirage.