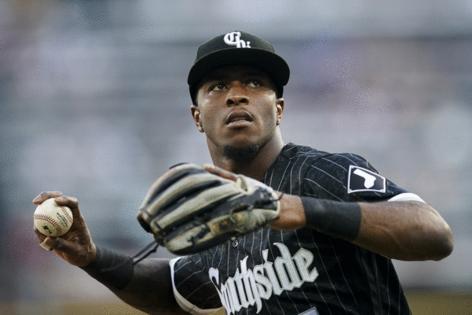 That won’t happen this season. Cairo said Tuesday the Sox will “shut it down” for the remainder of 2022 with Anderson, who has been recovering from a sagittal band tear in his left middle finger.

“I think it’s the best thing for him,” Cairo said before Tuesday’s game against the Minnesota Twins at Target Field. “You don’t want him to re-injure that. He’s still doing a lot of work on the treatment and stuff like that. He needs to get 100 percent for next year.”

The All-Star shortstop hasn’t played since Aug. 6, when he suffered the injury on a checked swing during a ninth-inning at-bat against the Texas Rangers.

Anderson briefly grimaced after checking his swing on the second pitch of the at-bat and looked at his left hand before grounding out to third on the next pitch. He went on the injured list Aug. 9.

He received clearance Sept. 13 to ramp up baseball activities and had been taking batting and fielding practice.

“It’s running out of time and it would be different if we were in the hunt for (the) playoffs, of course,” Cairo said. “But it’s better to be safe than sorry.”

The Sox were eliminated from contention for the American League Central title Sunday, with the Cleveland Guardians clinching the division. They entered Tuesday trailing the Seattle Mariners by 7 1/2 games for the final AL wild-card spot with an elimination number of three.

Anderson slashed .301/.339/.395 with 13 doubles, six home runs, 25 RBIs and 13 stolen bases in 79 games this season. He made his second All-Star appearance in July at Dodger Stadium in Los Angeles after being voted a starter for the first time.

“You see his numbers, he was dealing, he was hitting good, he was playing good defense,” Cairo said. “He was the guy that got us going in the leadoff spot. He really got us going. We miss that.