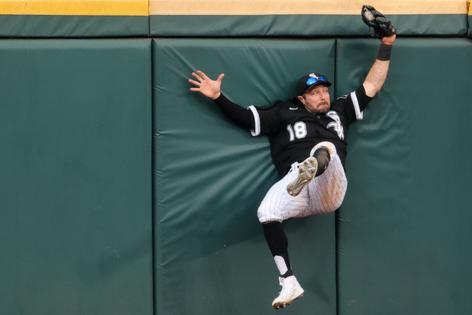 CHICAGO — The Chicago White Sox had an opportunity to inch closer to first place ahead of a big series against the division-leading Guardians in Cleveland.

Instead, they closed out a homestand with a clunker Thursday against the Houston Astros.

The Sox surrendered four home runs, including two two-run homers to Alex Bregman, in a lopsided 21-5 loss in front of 24,407 at Guaranteed Rate Field.

A series that began with a pair of thrilling wins for the Sox ended with a thud. The 21 runs are the most the team has allowed in a game this season and the most in the history of the ballpark.

The Sox also surrendered a season-high 25 hits and had to settle for a split of the four-game series.

“Disappointing,” La Russa said of the split. “We were up two (in the series) and (Thursday), you think the fans had a tough time? That’s tough to take for all of us. That’s a brutal afternoon.

“(Wednesday’s) game, we had a chance and we didn’t get it (losing 3-2). Be thankful for the two but when you win the first two you want more. We have to stay hungry and we were (Wednesday) but (Thursday) it got away early.”

The Sox fell 2 1/2 games behind the idle Guardians in the American League Central. The teams begin a three-game series Friday at Progressive Field.

“Obviously I didn’t do my job,” Sox starter Lucas Giolito said. “It was pretty terrible. (Friday’s) a new series, important series. You just forget about (Thursday) and get after it.”