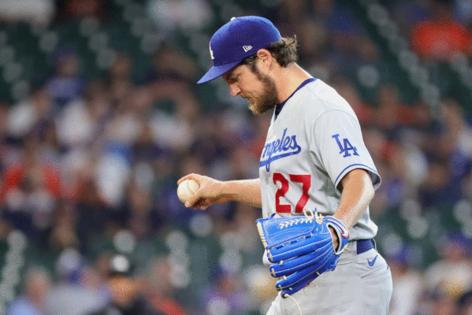 The woman who said Trevor Bauer assaulted her sued the MLB pitcher for sexual battery on Tuesday.

Bauer, 31, had initially sued the woman in April, shortly before he was suspended by MLB, and the woman filed a counterclaim this week, the Washington Post reported.

Bauer has consistently denied all of the woman’s allegations. He sued her for defamation after Southern California police decided not to charge him with a crime.

The woman’s new lawsuit cites a recorded phone call between the woman and Bauer in which Bauer allegedly does not dispute punching the woman, the Post reported.

MLB suspended Bauer for two years without pay. He is appealing the suspension. Bauer last pitched for the Los Angeles Dodgers on June 28, 2021.

Days later, news broke about the police investigation into Bauer. By that time, the woman had been granted a restraining order. In August, she released a graphic photo of her reported injuries from her meeting with Bauer.

Shortly afterward, an Ohio woman spoke with the Washington Post and described a similar nonconsensual attack by Bauer during a sexual encounter. That woman also got a restraining order. No criminal charges were filed against Bauer.