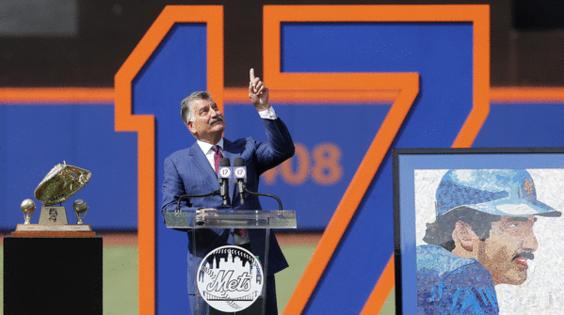 Hernandez just started a war he won’t even bother to attend. Beginning Friday, the Phillies play seven of their next 10 games against the Mets, and Hernandez’s blithe dismissal of a formidable foe has rekindled a rivalry.

Hernandez, in a moment of laziness and ignorance, insulted the Phillies in a Mets broadcast Tuesday night. He said he “hates” to cover Mets/Phillies series because, “As far as fundamentally, [and] defensively, the Phillies have always been just, you know, not up to it.”

As such, Hernandez asked his bosses at SportsNet New York to keep him away from Mets/Phillies contests.

At this point, he might be wise to never set foot in Citizens Bank Park again.

Hernandez, who played for the Mets after breaking in as a Cardinal, will miss this weekend’s games in Queens because he will attend the Cardinals’ 30-year reunion of the 1982 team that won that World Series. However, he’ll miss next weekend’s four-game set (Saturday day-night doubleheader) simply because he can’t stand to watch the Phillies play baseball.

Admittedly, we’ve all been there.

But Hernandez’s comments dripped of New York arrogance. Big Apple snobbery. Imagine how insufferably elitist he’d have sounded if he’d been a broadcaster for the Yankees. Hernandez announced to the world that he’s too good to have to watch the Phillies play. The Phillies aren’t worth his time.

Incredible? Hardly. We’re talking about a guy who sat out his senior season in high school because he got mad at the coach. He’s a portrait of vanity — a hair-dye pitchman (Reeee-Jected!) who overcame a moment of insecurity in a "Seinfeld" appearance by reflecting, “I’m Keith Hernandez.”